Share All sharing options for: IOWA GETS THAT THROWBACK SPRINGSTEEN CORNPOOP FEELING

Iowa has throwback uniforms, and they have reduced us to fake constipated Springsteen lyrics from the random glory word production machine that writes all lyrics for bands that use the word "heartland" without being bitchy about it. Sing along with the "Ballad of Poopsmith Ferentz," or "The Cornin'," or "Tractor Sunset," and be sure to bear down hard like you're trying to crap out the ghost of Woody Guthrie and several well-encamped Rolling Stone writers all at once. 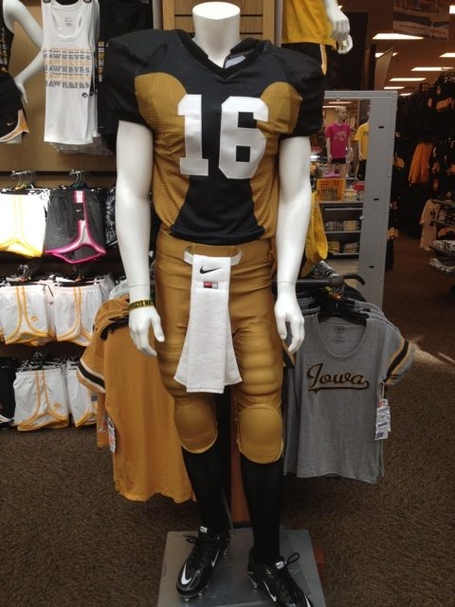 [sing to the tune of "The Rising," or any other Bruce Springsteen song, really.]

Ain't got nothin' to live for

Little girl it's me and you

And this poop brown ol' jersey I got

From somewhere back around '52ooooohhhh

The kids on the street lookin' hard

Some swamps and random references to 1969iiiiiine

There's a handful of angels behind us

Bells in the air and American woooorrrrds

Lord here's the part where we are quiet

Just an ol' fish tuggin' at the same ol' hooook

A Brett Favre Wrangler ads for your ears

Corn poop shirts for the critics

Hobos, vague something and ANGELS AT PLAAAAYYYYY 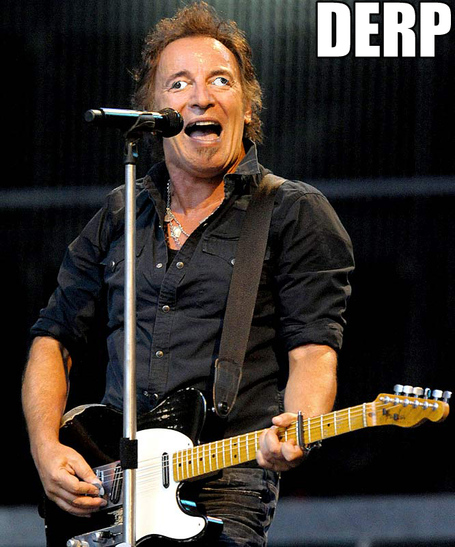 [seriously if you write five thousand songs ten will be good]

[Also, these jerseys really aren't horrible save for the poop colors, and Wyoming wears worse shit every week HA GET IT.]