Share All sharing options for: HAL MUMME IS STILL ALIVE

And very much in a talking mood.There is a kind of notion you have--maybe when you're twenty, twenty-five, or some other really unrealistic age--that your career trajectory will be either a long, flattening curve of inclining success plateauing somewhere around your fortieth year on the earth, or simply a line extending upwards forever. Pessimists might--just maybe--admit to a parabola of some sort. 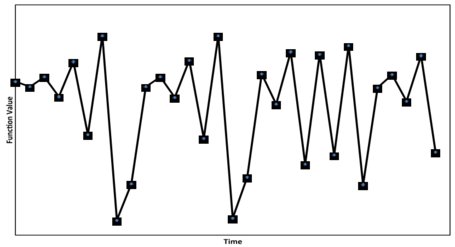 Hal Mumme's certainly like that: long trip up the ladder, then valley, then peak, then whoa another valley, and then, like the rest of us, waiting on an uncertain plot point we're swimming through XY space towards. This isn't unusual. In fact, it's way closer to normal than the stupid things you think about

Mumme's a legitimate pioneer in college football, and sometime pioneers end up in weird, unpredictable places. One of the fathers of the 3-3-5, Joe Lee Dunn, coaches with Mumme at McMurry. Emory Bellard, the creator of the wishbone, ended up coaching Texas high school football after his last college job at Mississippi State. Mouse Davis, the Run 'n Shoot's architect, coached everywhere from the NFL to AFL2 before ending up in semi-retirement at Hawai'i. (The AFL team: The San Diego Riptide, whose logo is amazing.) It seems insane, but it's impossible to have the Parcells/Belichick coaching tree without Ray Perkins. That's Ray Perkins, current Jones County Community College head coach.

Pioneers don't always get their due, mostly because there are second acts in life, and third, and sometimes 22nd acts that make little to no sense. It just keeps going, and the only option is to go along with it and keep going. It beats the alternative in so many ways; you could be dead, or you could be Woody Widenhofer. You decide which is worse.