It feels very 2007 to be concerned about whether Erin Andrews is coming back at ESPN, or going somewhere else, or even just writing something about her in order to salt whole paragraphs with the SEO-bait of ERIN ANDREWS ERIN ANDREWS ERIN ANDREWS. She's a good sideline reporter and a serious cautionary tale about being a famous woman without a personal bug-sweeping team in tow at all times. That's enough for one person in a lifetime. 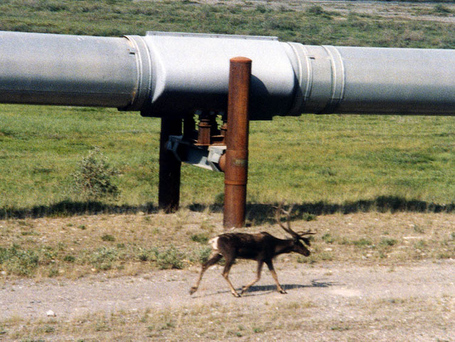 We're also uninterested in whether she's got domestic or imported parts. This is usually the point where the writer takes the opportunity to tell you their preferences for these things, and nothing is more boring than someone telling you what they find attractive because the answers are by and large similar or depressing. Wow, they like boobs! And [default socially desirable size not correlating to poverty and lack of power]-sized women! And that thing everyone else does! How novel! Tell me more, you Crowley-esque sexual bandito!

*More often than not, discussions of your friends' sexual profiles is depressing, but then it's not it turns to horrifying. Did you know about your 270 pound male friend's fondness for being choked? YOU DO NOW HAHAHAHAHA. Bulleit Bourbon, do your powers have no bounds?

Curiosity, while sort of pointless, is one thing. However, men have no right to criticize a woman for extra parts, and with good reason. Actually, one good reason: if penis enlargement were possible, it would cost $400, be covered by all forms of insurance, and would be so widespread that emergency rooms and pants companies would be scrambling to deal with the horrendous unanticipated side effects of the Inevitable Great Post-Millenial Dong Boom.

But we're not about judgment at EDSBS. We're about the future: the dumb, very dumb, so insanely dumb future. We believe certain things. We believe men are stupid and vain enough to purchase a gigantic new jank even against the wishes of their sexual partners. We believe men would take this to extremes well past predicted degrees of foreseeable insanity. We believe someone would make tremendous amounts of money off this. We believe those people would be Americans, and that they will anticipate the next step by starting magazines like Underwhelming Naturals, and by giving Americans the really useful penile accessories they're going to need.