AND THEN A TINY CHIP KELLY TELEPORTS INTO YOUR LIVING ROOM

Share All sharing options for: AND THEN A TINY CHIP KELLY TELEPORTS INTO YOUR LIVING ROOM

10:15 p.m. ET. A picture of exhaustion: pizza boxes on the floor, a few scattered beer bottles serving as prelude to the glass of liquor on the table, and the fan, holding down the couch with a carcass stunned from day drinking. The air is thick with the sweat of someone who has paced for a day in front of the television, sweating out alcohol, stress hormones, and the hopes the first day of the football would not be a long series of blown blocking assignments, dropped balls, and horrendous defensive coverages. (It was exactly this, for nine hours straight.)

At 10:30, a tiny hologram flickers to life on the coffee table. It is using profanity. A lot of it, quickly. 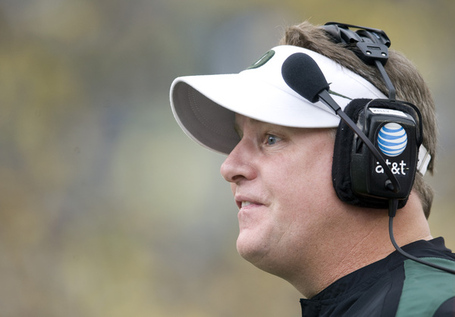 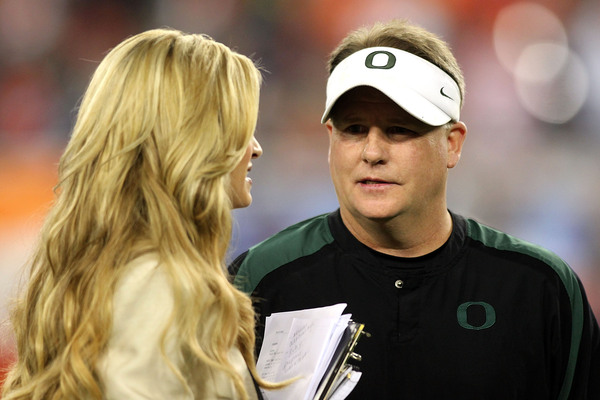 Gus is busy plannin', but wooowee, do we have something to talk about, Cheeyup. Do you have 20 minutes honey, 'cause I--- 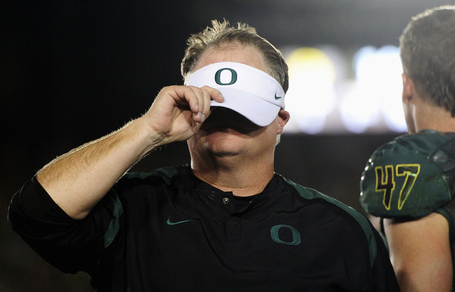 [Chip Kelly then pulls down his custom Nike Turbo Pro Teleporting Visor and immediately vaporizes into a mist of performance gel. Arkansas State is playing Oregon at 10:30 on the first Saturday of college football, and while we can't say it will be perfect football, it will be Gus Malzahn and Chip Kelly coaching against each other, and if that doesn't get you excited to the point of mild perspiration you should just go read something else somewhere else.]