PROJECT X: AN EXCUSE TO BUY THESE SHOWS FOR DAYTIME UNEMPLOYMENT VIEWING

Share All sharing options for: PROJECT X: AN EXCUSE TO BUY THESE SHOWS FOR DAYTIME UNEMPLOYMENT VIEWING

The SEC will need some filler to make a complete network out of its offerings. The Big Ten has answered the challenge of dead air by broadcasting scintillating moments from B1G history like "Northwestern/Purdue 1993" under their banner, but we believe the SEC can and must do better. We need proper daytime filler, and that means only one thing: recycled broadcast television series.

These shows must represent the full scope of the SEC's membership. Fortunately, some of the finest television shows ever made hail from the member states of the SEC. We've picked them so you don't have to, Mike Slive, so please take this list, forward to to "Dead TV Department, Hollywood, Communistfornia," and include several signed blank checks. They're trustworthy people. It's cool.

ALABAMA: Jericho. Yeah, it was actually set in Kansas. But a bombed-out desolate nuclear farmscape stacked with human skulls looks enough like Alabama for our purposes.

ARKANSAS: Evening Shade, but only if you dub an angry Nolan Richardson yelling over Ossie Davis' dialogue. 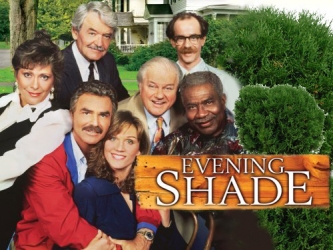 FLORIDA: Gentle Ben. Both an ode to the state's developing wild bear problem, and also as accurate a story of Will Muschamp's ascent to the throne in Gainesville as any. "Well, we just left our garbage out for a few years, and this ol' fella just showed up a growlin' and a roarin'!"

GEORGIA: Dukes of Hazzard, but don't tell Georgia fans the twist: THEY'VE BEEN ROSCO P. COLTRANE THE WHOLE TIME. Squidbillies does not apply due to being a documentary.

KENTUCKY: Dammit, they get Justified, but only because like Kentucky basketball it a.) comes on in the football offseason, b.) is a depiction of rampant corruption and those who thrive in it. WYNN DUFFY FOR OFFENSIVE COORDINATOR.

LOUISIANA: Swamp People. Not fighting it, wouldn't want to, and can't. Might take a flyer on The Real World: New Orleans just for the episode where the airboat driver starts dropping racial slurs in his description of local wildlife.

MISSOURI: Apple Pie. We know nothing about this show other than it had Rue McClanahan and Dabney Coleman, and we need know nothing else in order to throw money at it.

MISSISSIPPI: In The Heat Of the Night is kind of the default pick due to lack of real competition, but it does fit the bill due to everyone being covered in sweat all the time no matter the situation. An additional bonus point for fit: like life in the state of Mississippi today, it is filmed in standard def.

SOUTH CAROLINA: There are really only two choices, so we opt for American Gothic. The description:

Caleb Temple is a normal child whose paternity masks a horrific secret: Lucas Buck is his biological father, having raped his mother in front of Caleb's older sister Merlyn (Sarah Paulson). The horror of watching her mother being sexually assaulted caused Merlyn to become severely emotionally traumatized and withdrawn from the rest of the world, made even worse when her mother committed suicide after giving birth to Caleb.

Sounds pretty much like the existential dilemma of every Gamecock fan who's watched South Carolina for more than five years.

TENNESSEE: The only possible choice for the Volunteer State's television series: Hey Vern, It's Ernest. It encompasses the Vanderbilt program's track record of success by only having lived for one season, and applies to the Volunteers if you imagine Jim Varney as Derek Dooley's role model and life coach.

SOLD. We'll take all eight seasons sending blank check with signature you do what you feel is right okay thanks.