RICK MUSCLES' TOP 25 (OF THINGS THAT ARE AWESOME)

Share All sharing options for: RICK MUSCLES' TOP 25 (OF THINGS THAT ARE AWESOME) 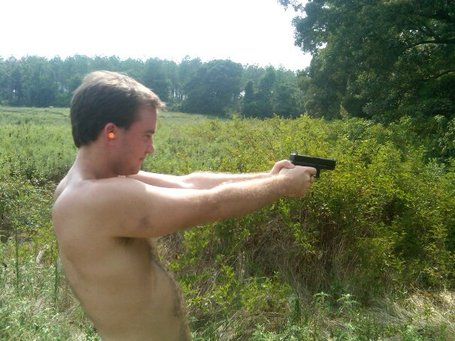 Last Friday, I was ready to shut down my twitter account and give up on my quest for internet fame and fortune. I was ready to retire to a Valhalla filled w/ squat racks and BBQ waitresses. Then I got an email from Orson Swindle. All it said was, "Bring Back the Thunder." The impact of that email felt like I had been baptized by Ares, The God of War, with Copenhagen snuff and Mountain Dew. (Most folks call that North Alabama Gasoline.) It reminded me of the time Ralph Macchio came to me in a dream, tried to touch me in the swimsuit area, and made me promise I'd never give up. So here it is: THE RICK MUSCLES TOP 25 of Things That Are Awesome.

25. Jim "Dandy" Mangrum. Originally, David Lee Roth was going to take the 25 spot. Then I poked around DLR's Wikipedia page and noticed that Jim "Dandy" Mangrum was his main influence in 1970s California. Did you ever guess that Diamond Dave's jump kicks and splits wouldn't come to fruition without Black Oak Arkansas? I sure didn't. So Mr. Mangrum claimed his spot in the Handsome Rick's top 25. Watch this video and be glad that meth was not around in the 1970s (AND ZOMG, THE BACK UP SINGER IS A WEIRD LADY).

It's really too bad this could never air on US Television.

23. The Handsome Rick. A cocktail invented by me for me. The drink is 2 parts Red Bull and 1 part Muscle Milk. This libation is perfect for your next neighborhood watch shift. (Yeah- I made a Trayvon Martin joke. What are you going to do? Shoot me? [insert soundstage audience laughter])

22. Holly Rowe. For $750 she'll come to your cook out, lie naked on a picnic table, and you can eat BBQ nachos off her body. Bonus- you don't have to shell out for dipping sauces. 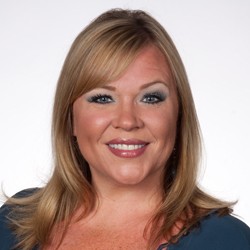 21. Terry Saban. Rumor has it she's the nation's expert on 50 shades of grey. Y'all, it's lonely when Saban hits the recruiting trail. 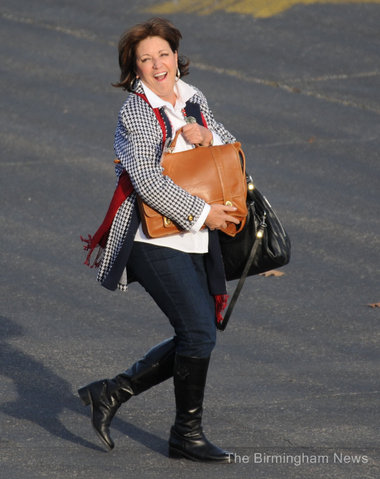 20. Kerri Strug. Bet that bitch has the same haircut. 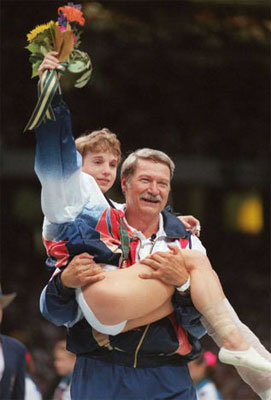 In hindsight, this photo is horrifying. Don't worry, clicking that link didn't put you on the FBI's Bdubstriviaguru watch list, but lingering there did.

19. FIFA 2012. Where else can you stomp a dude named "trailoftearsloli" then get kicked through a plate glass window by someone called "binladen420"?

If there's one thing I know it's tits and ass. (And also personalities).

I don't trust any guy that thinks he is funny because he makes observations about SEC football. 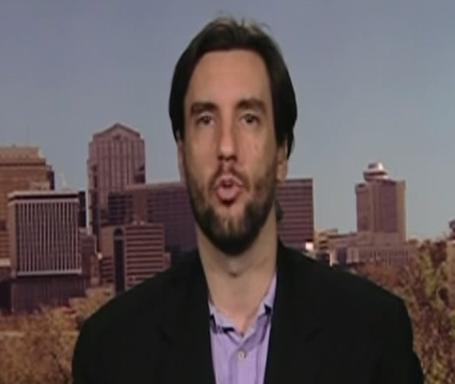 Got it fellas? He's also a lawyer.

17. The Stockdale Paradox. If you're an Ole Miss season ticket holder this will get you far. Never give up hope....But be realistic about your misery.

16 Tank tops. They keep you cool in the hellish summer heat and they are like a gilded picture frame for your chest hair: 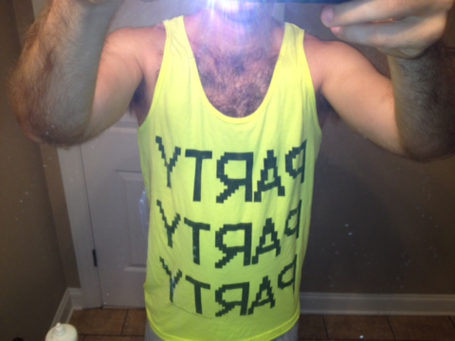 15 Strippers. Like a psychologist but you can pay cash and it doesn't affect your insurance premiums. Bonus: a nylon jogging suit enhances the experience.

14. AJ McCarron. You'll tell your grandchildren tales about his ability to hand the ball off to talented running backs, his #10 taillight covers...and his ever expanding tattoo. When his tattoo becomes sentient it'll have a shot at becoming the mayor of Mobile. 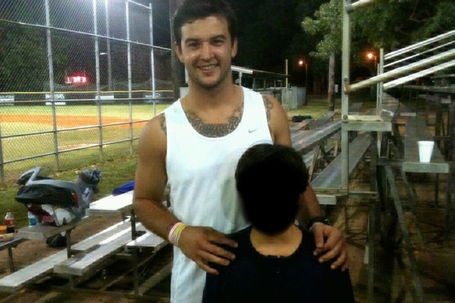 During full moons, Vangorder's hair rises from his head and floats to the loneliest woman cashier at a tanning salon. Those nights, VanGorder's hair changes into a neon orange tiger pattern and impregnates the tan jockey. One of these unions gave us Zeke Pike. Honestly, Vangorder grooms himself like an extra on, "The Dukes of Hazard." 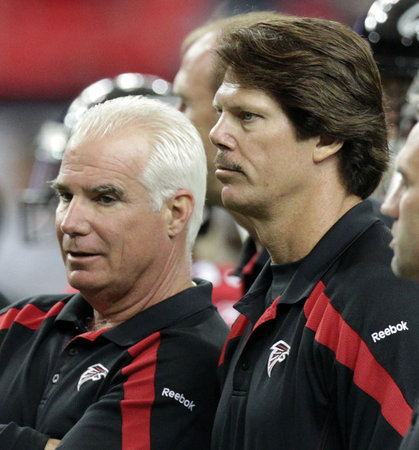 11. The Howard Schnellenberger Top 25. That post is hilarious on this site. Hope nobody rips it off!

But man, it would've been cool if he had. Bonus info: Chemical Billy is the best nickname for Mace. 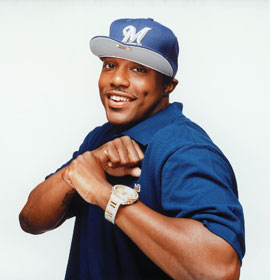 9. Heather Locklear. Sure, she looks sweet and innocent but the list of men she's dated reads like a "Who's Who of Hepatitis." That means she's experienced and probably had so many diseases her blood is used as a vaccine against newer aggressive STDs. Kinda like Wolverine in that one X-Men issue. Here is a video of the time she went undercover as a stripper on TJ Hooker.

8. Gene Chizik's clothes. Dude either dresses like the world's jankiest dentist or like he found a 13 year old female men's wear designer. 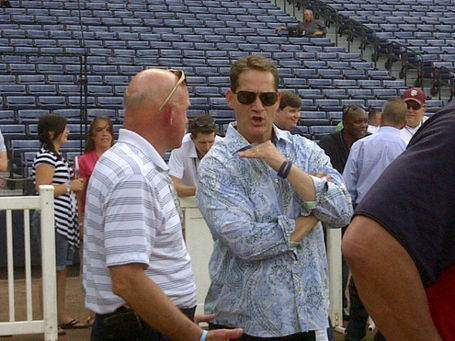 7. Skynyrd. If you haven't listened to Swamp Music with your shirt off and windows down in your pickup, then head north, Yankee.

6. The CIA. These dudes are essentially a government sanctioned frat that the White House sics on other countries. They once rigged seashells on a beach that Fidel Castro frequented with explosives.

Their pranks often involve blowing up helicopters which is way better than the time I pooped in an ATO's bed. He told the RA. 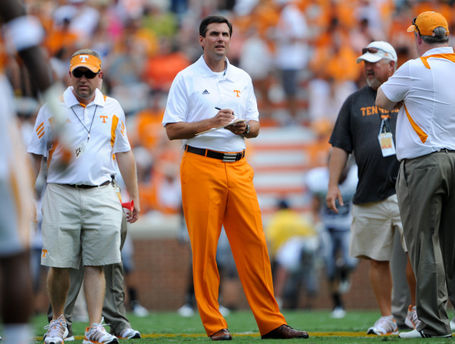 4. Brandon Bird. He's an artist that puts celebrities in bizarre situations. My dream is for him to make a painting with MCA from the Beastie Boys and Macho Man Randy Savage to ride horses together and evade a sheriff's posse. They're my Butch and Sundance, y'all.

3. Arm Hair. Mosquitoes refer to this as the impregnable fortress: 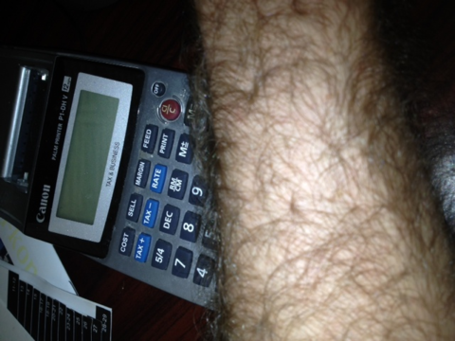 2. Ravishing Rick Rude. In the 80s, he stormed North America loving ladies and leaving his opponents in the dust. He outsmarted the Ultimate Warrior (not hard) and Randy Macho Man Savage (kind of hard) while banging the skankiest hairdresser in each town. Positive 3% of the EDSBS readership was fathered by him.

1 Russell Atheltic's 100% cotton shorts. Hides your jock strap line and the butt seam doesn't split when you're squatting. Heavy weight nylon basketball shorts or anything made by Under Armour are for fancy lads. 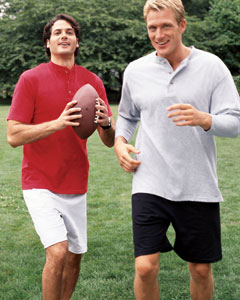