Share All sharing options for: O'BRIEN CUP UPDATE: WAIT, WHAT?

Now that Spencer is on his Bangkok sex vacation, I'm going to address one of the most common complaints about the site. Namely, that he never renames the Fulmer Cup. I mean, does he realize that the last time Phil Fulmer coached, Alabama only had 23 national titles? That's why I got someone more "current" to rescore this season's Fulmer Cup leaders. A coach with his finger on the pulse of the sport. I give you...The O'Brien Cup 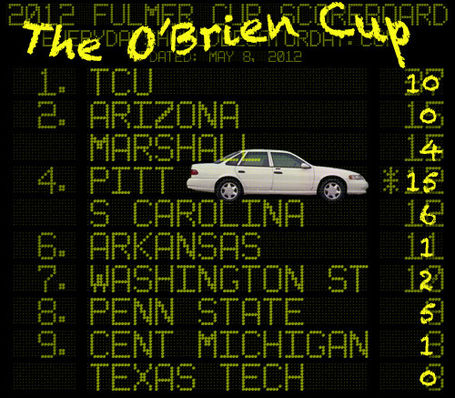 TCU. Old Score: 37. New Score: 10. Do they not have DARE in Fort Worth? Still, I have to admire these boys for growing their own hydroponic marijuana. Biology is one of North Carolina State's fortes; you must read all the Magic School Bus books to graduate. Nevertheless, If botany is worth a merit badge it should be worth at least 10 points in the O'Brien Cup.
Arizona. Old Score: 15. New Score: 0. Please, sirs. Leave pugilism to the professionals. 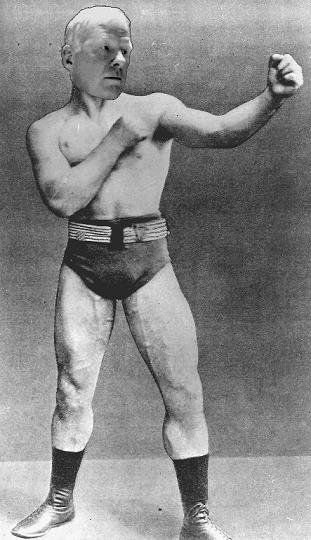 Marshall. Old Score: 15. New Score: 4. A barfight at 4 am? It's like I tell my men; nothing good can happen after 9 p.m. One of the many reasons why N.C. State never plays a prime time game. However, I admire the pluck and grit of Martin Ward of getting a DUI along with participating in the fight. Four points for engaging in an Amish rumspringa.
Pittsburgh. Old Score: 12. New Score: 15. Use of a Ford Taurus? 15 points. It's the most sensible and American-made of all sensible American-made automobiles. Jackie Sherrill's team is in pole position to win the O'Brien Cup, which will be given out on my favorite holiday: Flag Day.
South Carolina. Old Score: 12. New Score: 6. Property rights are the cornerstone of our republic. But so is organized religion, and South Carolina gets 6 points for being awake at 7 a.m. on a Sunday.
Arkansas. Old Score: 10. New Score: 1. While I don't approve stealing a debit card, I do appreciate that it wasn't a credit card. A man should only incur debts to pursue home ownership, truck ownership or open a woodworking business.
Washington State. Old Score: 10. New Score: 2. I don't abide by a pirate coach. My daughter took me to see that Jonathan Depp movie Pirates of the SEC and I found myself cheering for the British. But, obstruction of a public servant? Two points for fighting big government, mister
Penn State. Old Score: 9. New Score: 5. Since when is scale ownership illegal? I'd like to hear a better way to learn the metric system. Five points to Penn State.
Texas Tech. Old Score: 8. New Score: 0. Not only were these men using a credit card, but it was to give bar staff a big tip. Restaurant industry workers spend tip money on cocaine and tattoos. That's why Tom O'Brien always tips 10%, no more. No points.
Central Michigan. Old Score: 8. New Score: 1. Fungus cultivation is time intensive and is good for discipline. At Boston College all of my freshmen had victory gardens. But Central Michigan only gets one point because mushrooms are ethnic food.
End Communication,
Tom O'Brien
Thanks to Brian, who as always is hung like Reggie motherfucking Nelson, for the Big Board and @teamcatlab for Boxer O'Brien