Share All sharing options for: COLLEGE FOOTBALL'S PLACE IN SOCIETY: ONE HUMBLE OPINION

An attempt to drum up interest during an offseason in which the next best option is discussing whether Albert Pujols is the most overpaid person in history or just since the fall of the Holy Roman Empire enthusiastic debate has taken shape regarding what role (if any) college football has in our modern world. Noted pacifist Buzz Bissinger believes the answer is "none" in his Wall Street Journal column. Messrs. Kirk and Connelly, unsurprisingly, take issue with many of BB's conclusions.

There's room for a variety of opinion on this topic, of course, but it's important to approach these complicated issues with a sense of balance. That is why, after careful consideration, I have arrived at this conclusion: painful though it may be, we have to ban everything that is not college football. 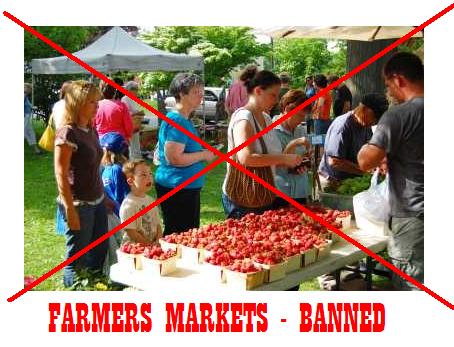 Admittedly, this seems like an awfully extreme measure at first glance. For years, non-college football activities have co-existed peacefully with college football. (Some claim that these non-football things even predate college football, but the records are spotty and I don't think we need to complicate this debate with questionable assertions like that.) In every part of the country, doing things that aren't football are cherished parts of community life. What compelling reasons can there be to give these up?

First and foremost, this is a question of safety. It's not something we've talked about until recently, but the number of college football related deaths versus deaths from things that are not college football is staggeringly disproportionate, and that gap seems to be growing, especially in our most vulnerable populations. Take a look at this official chart, for example. 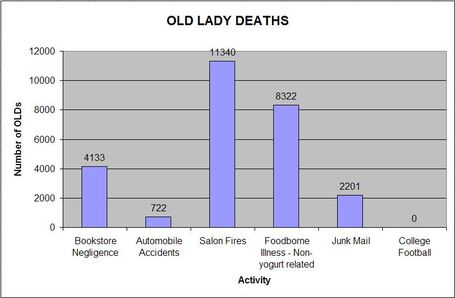 That's just the tip of the iceberg. 99.9 percent of gunshot injuries take place in a non-football environment. (Billy Blanks - the exception that proves the rule.) No one's suggesting that a world in which everything was college football would create some godless population of immortals, just sexing their way to the death of the sun. But could it mean the end of most diseases? Yes. Yes it could.

There's another, but equally important reason we should require all activities to be college football: academics. Did you know 100% of high school dropouts have never played college football? Did you know the same is true of MIDDLE SCHOOL dropouts? These are the kids who are falling through the cracks, and we need this to save them. The logic - which, again, is unassailable - works something like this.

1. We require every action to be college football.

2. Those who do not complete a high school education are sent to play college football.

3. In the event someone is ineligible to play college football, see step 1.

Just like that, we jump from a nation where only about half the population has "some college" education to one hundred percent.

The logistics of this change aren't actually as difficult as you might think. Recognizing that we don't presently have the facilities in place for everyone to be playing constant games, we start by turning ordinary (though, as we've said, deadly and likely to lead to illiteracy) activities and adding a college football element.

A trip to buy shoes becomes an eight mile run followed by tip drills with Skechers. Checking the mailbox requires you to push a one man sled down the driveway. Time Warner late again for that installation? Now you get to make them pay with a BIG HIT.

Most of these changes will eventually become second nature, even to kids.

Is what I propose radical? Yes, but only in the Ninja Turtle sense. This is just the beginning of a much longer conversation, but, at some point, you'll have to ask yourself - do I want to be on the wrong side of history or the right side of a forty yard post route in the food court?

BONUS: We will be doing an open thread complete with a live video stream of the actual debate this evening circa 6:30 EST. Come by and remember to bring plenty of ECTO COOLER for the entire class!