Share All sharing options for: JOHN MARINATTO, THE GAME MASTER, MEETS HIS FATE

Two armed guards lead the man known as The Game Master down a long hallway towards what appeared to be a set of private chambers. He had to know repercussions were possible, after the very game he was in charge of experienced a controversial 2011 in which seemingly every contestant nearly starved to death. The game was supposed to be bleak, but that bleak? Two of the contest's annual participants threatened to kill themselves if they weren't granted a release to a rival network's game. Another from a poor mining district led an uprising which culminated in they too being granted their unceremonious departure.

As the guards ushered him into the room, the heavy, solid metal doors closed behind him. Marinatto turned and attempted to pull on the handles only to find them locked. He attempted to compose himself and began to survey what the room entailed. 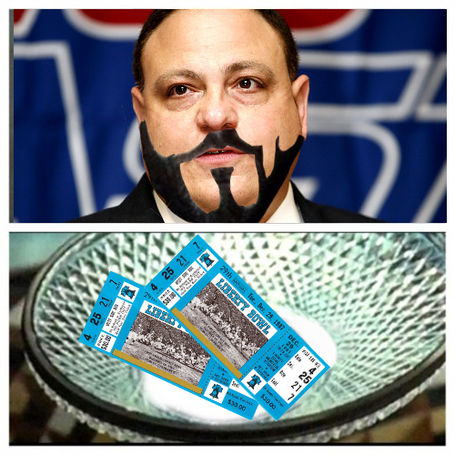