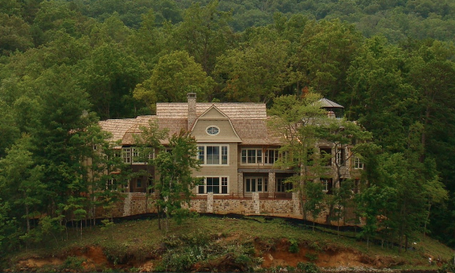 Either way, this is in no way a means for Saban to upgrade his personal property but rather a method by which for you to go bat shit insane and flood message boards and talk radio phone lines...unless of course you forward this to as many people as you possibly can.

PRIVATE PARTY, BRO. SEE YA LATER. Some complete moron had the most important football player at his school ticketed to the tune of $429 over the weekend for "standing on his porch" when [he] didn't want him there during a weekend block party at the University of Wisconsin. That football player was Montee Ball, and that idiot was some drunken chotch in boat shoes who we all knew and hated in college that likely totally asked even the hot chicks on his porch "who do you know here?" within mere seconds of their arrival. This is the internet , dammit. I demand this party be outed and flogged publicly because seriously: HE'S THE BEST FOOTBALL PLAYER AT YOUR FOOTBALL CRAZY SCHOOL, WHAT THE HELL, HE'S ALSO BY ALL ACCOUNTS A REALLY NICE GUY. Montee Ball plays for a conference rival, but if he wants to come hang out on my porch, we can totally drink Natty Boh and talk shop and hey who cares if that's an NCAA violation. Be cool, NCAA.

THAT KANYE WEST 'ISH, IMMA LET YOU FINISH Oklahoma sophomore to be Kameel Jackson heard the SEC chant on TV, and much like tempura paint on a cardboard sign convinces him to completely alter his personal thoughts and feelings on the world bank, he now plans to head for the newly minted (with black gold, natch) "shores" of Texas A&M:

Embracing my last week as a Sooner; as I've chose to transfer and further my education and football career at Texas A&M.

Problem is, Texas A&M doesn't exactly know about it:

Source told me Jackson told D'Vante Harris on Thursday he was transferring to A&M, but never discussed it with HC Kevin Sumlin.

The Rivals representative of the Sooners, SoonersScoop.com, goes on to state there's "100% no chance" A&M will take Jackson. Jackson told a source close to EDSBS he plans to stand outside Kyle Field holding up a boom box until Sumlin and Kliff Kingsbury change their mind.

EVERYONE'S DOING IT Ricky Johnson, a one-time three star wide receiver for the Golden Hurricanes, also announced his intentions via Twitter over the weekend to transfer, in this case to Louisiana-Lafayette. When asked why, Johnson stated he loves the indefatigable yukmeister stylings and dry wit of head coach Todd Berry and his syndicated humor column.

WELP Andre Rison is returning to Lansing as a "student assistant coach" for the Michigan State football team. According to the script, this means he will be arrested in about 3 months for public intoxication before Hologram Left Eye (go to hell, all involved) burns his off-campus apartment to the ground.

THE RIVALRY RE-RENEWED Penn State head coach Bill O'Brien likes Pitt, because they pay their taxes, and would like to play them in the popular game taking America's heartland by storm, football. We tried to get more details on the story but were pelted repeatedly by errant Matt McGloin and Rob Bolden throws.

THE L STANDS FOR 'FASHIONABLY LATE' Jim L Mora and UCLA had a spring football game, in May, because Jim L. Mora. A graphical representation of the game is as follows: 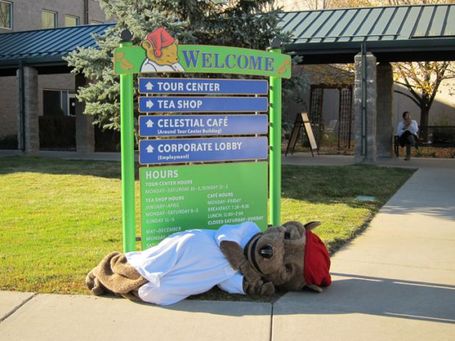