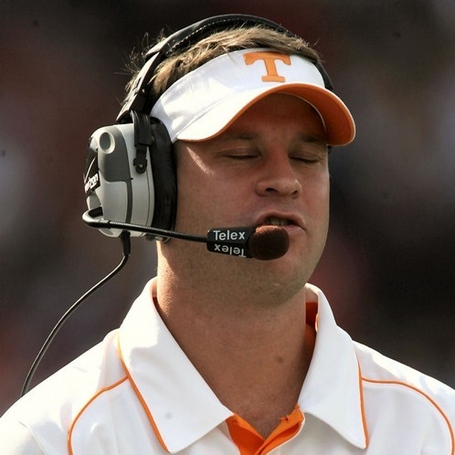 No one is sure exactly how this happened, but it did happen, since a bit of very lazy internet investigation led us to an entire uploaded copy of the film. A few notes:

Please inform us of your favorite stadiums to have sex in. We choose Boston College, because we like some peace and quiet to do our work and bond with the lady one on one, man.

SPEAKING OF PLACES THAT HAVE PROBABLY BEEN THE SITE OF AN ADULT FILM SHOOT. LSU's Tiger Stadium should remain on the schedule, according to Will Muschamp, something we cannot agree more on because we both love LSU and the yearly excuse to spend another night in New Orleans in the process. Les Miles is less willing to keep Florida on the schedule, but to be fair to Les he might have no idea what we're talking about here. You say "flighty," and we say "astral planing on a nebula-unicorn around the cosmos and occasionally checking in with Baton Rouge."

AND STILL MORE ADULT CONTENT. We don't judge your perversions, but snuff films are a bit much, especially when they're every snap of Geno Smith at the Orange Bowl killing every single person wearing orange and white in the building.

IN A CHANGE OF PACE, DRUGS. Alabama graduate assistant Derrick Crudup, Jr. was arrested for a teeny amount of marijuana, something he should be allowed because working with Nick Saban is the Foxconn of coaching environments, and we're all just lucky half of them haven't plummeted off the side of Bryant-Denny Stadium by now. Alabama will take "appropriate action," meaning Nick Saban has already broken him on the wheel and is currently whispering "CONFESS" in his ear in the Freddie Kitchens Pain Lounge And Snack Bar.

IT'S NOT SATIRE ANYMORE. The Onion really only writes the truth and waits for reality to catch up.

NEITHER IS THIS. It's old, but we hadn't seen it, and that's why we're getting more coffee because some of it is on our laptop and not in our stomach after spitting and laughing.

ETC. WOO! Ric Flair needs money! Alfie's moving chronicle of blog life. RIP, sir, and condolences to all the people at CBS who worked with Craig Stanke. Your prom sucked because it was not this prom. FIFA 2013 looks AWESOME. Everything in Louisiana is about recruiting, even when it's about shrimp. Is someone out there writing about Big West Mascot Octonion scenarios? Yes, yes they are. SWV and Wu-Tang happened, and we were all richer for it.