SPORTS SCIENCE: THE ART OF INESCAPABILITY

Share All sharing options for: SPORTS SCIENCE: THE ART OF INESCAPABILITY

[GRAPHICS WITH MATRICES ON THEM AND STUFF] 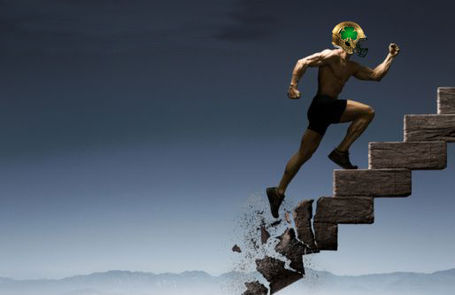 There's a word for that talent, and it's INESCAPABILITY.

Take Notre Dame's Tommy Rees. Standing at 6'2" and weighing almost 210 pounds, Rees was capable of running at speeds of up to seven miles per hour for stretches of up to ten seconds. Those may seem like speeds that would dazzle the Sun Belt, and you'd be sort of right as long as you didn't include Troy or Florida International.

Still, inescapability isn't just a matter of natural talent. Inescapability has a secret friend: good ol' fashioned chemistry. When Rees is sober, he can run easily from most South Bend policemen. Most Notre Dame students and faculty can, and often do, usually while laughing.

But a trip to Cheers on South Dixie and several drinks later, and suddenly Rees has leveled the playing field.

At 210 pounds, 12 pints of Old Style will put Rees well into the "somewhat impaired" zone. He will slur his speech. His reaction time will slow to levels comparable to that of a tree sloth or John Brantley. He may begin telling women how sweaty they look. 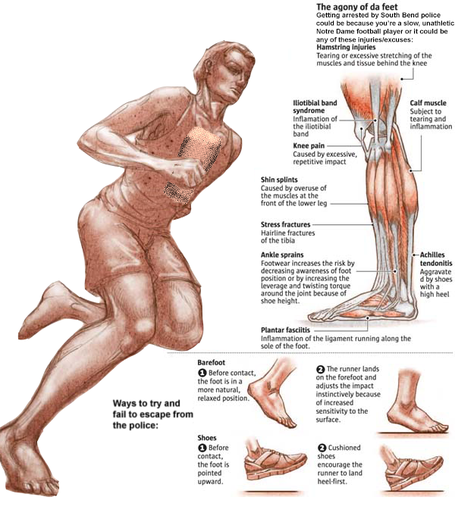 He may even become aggressive. When the policeman tells him to turn the music down, adrenaline surges through his bloodstream, and instinct takes over. He throws a bottle at the policeman, which goes wide of its target and is caught by a fellow partygoer.

Then, he runs, and that's where THE SCIENCE comes in. 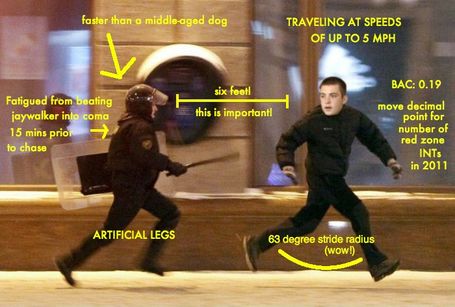 Five seconds later, thanks to a little chemistry, good genes, and the bored, baby-beating police of Northern Indiana, Rees is caught by the police. Remember: INESCAPABILITY is no accident, but then again, nothing in SPORTS SCIENCE ever is.

(Except for the solar-powered Charley Weis Meat Dirigible And Floating Film Room. That was a complete accident, and was left for the animals to devour, and for humanity to happily forget. Um, and The Large Brad-Ron Collider, an attempt to create a perfect hybrid of Brady Quinn and Ron Powlus. That was an accident too, and a horrible one at that.)