YOU LEARN VERY LITTLE WITHOUT BLEEDING AFTER 22 (OR, BUY SMART FOOTBALL)

Share All sharing options for: YOU LEARN VERY LITTLE WITHOUT BLEEDING AFTER 22 (OR, BUY SMART FOOTBALL)

Thomas H. Huxley, the British biologist known as "Darwin's Bulldog," once said this: "To a person uninstructed in natural history, his country or seaside stroll is a walk through a gallery filled with wonderful works of art, nine-tenths of which have their faces turned to the wall." Then, being Darwin's bulldog, he bit the testicles off the Bishop of Oxford, cavorted playfully, and later died an opium fiend in a Singaporean house of leisure. These were better, more interesting times.

What we're saying is that bulldogs occupied 45% of all posts in English academia in 1870, and that learning makes experience infinitely richer. You do very little of it after you exit primary education, and the bit you do manage to do usually comes through hard, bitter experience. For instance, our own trajectory goes like this: 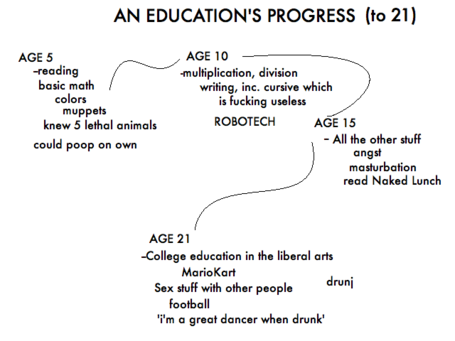 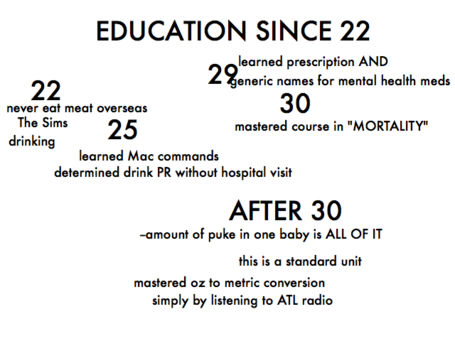 TL; DR: you learn too little in adulthood because you have to manage time, and no one can manage time anymore than you can rollerblade out of a landslide. (What were you doing wearing rollerblades in 2012 anyway? You're not Finnish nor a 48 year old gay man. Stop that this instant.)

So once you get those rollerblades off and donate them to some needy weird Finn, you should really make more of an effort to do this. Efforts like reading Chris Brown's Smart Football, which is brilliant, concise, and makes the unfolding exploding chess game of football even more beautiful by showing its glorious, brainy schemes and the brutal counterespionage every coach has to engage in whether they like it or not.

Eh, but I hate reading. Every chapter is no more than ten pages long, so it's practically Borges with a whiteboard level endurance reading. Ahh, but it'll be too technical. You know what's fun about engineers who can write? They can explain things in crystalline terms that still make sense in English. Lookin' the nastiest look at every person who every wrote a math book ever, you assholes. Assume x is the FUCK YOU I ASSUME NOTHING, HORRIBLE MATH TEXTBOOK WRITERS OF THE WORLD.

But it'll be dry playbook. Far from it. Chris has articles which are cloaked game theory discussions (the chapter on spiking the ball, for example,) historical pieces, and yes, simple but comprehensive explanations of how people do what on the field of play in American football. I don't have the money oh stop. It's ten dollars on Amazon. We don't go out anymore, but we're pretty sure at market prices that's only 38 beers in Lao currency terms. Ahhhh, there's a wendigo mowing my yard what do I do? Order the book, and for god's sake pay the Wendigo a fair wage for his work. They're noted landscapers, and you should be honored they chose your yard.

Learn something, and thus be able to call for a coaches' firing somewhat intelligently while wowing members of the opposite sex with your understanding of the evolution of the run 'n shoot. If you are a lady, that special man will swoon when you describe the basic fundamentals of Nick Saban's defensive schemes. If you are a guy, that lady you took her pants off when you started talking 3-3-5 defense? She is actually COACH GARY PATTERSON IN DISGUISE, and is merely hot and needing to vent because ladies pants are made of some devilish warm material, man.

(Seriously, just buy it. It's great.)