HOW THE BIG EAST DIED AND WAS DEAD ALL ALONG

Share All sharing options for: HOW THE BIG EAST DIED AND WAS DEAD ALL ALONG

To write the epitaph of the Big East, we welcome Northeasterner Bobby Big Wheel. Remember when the Big East turned down Penn State? Ah, that was fun. Enjoy. 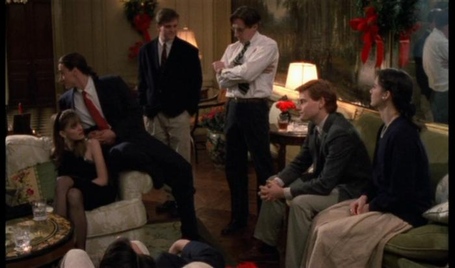 "I've never read the book, but I do read a lot of literary criticism. Also, I abhor sport, but especially football."

John Marinatto was recently forced out as commissioner of the Big East. Blaming Marinatto for the conference's decline is a bit of revisionist history by the conference's college presidents. He was an ER doctor walking into triage when he took the job, and like any formerly great organization, the Big East's decline was sparked by long simmering hubris.

The conference's downfall was sealed more than 20 years ago as it rejected Penn State when the NIttany Lions asked to join the conference. Even post-Sandusky it's hard to imagine any conference turning down Penn State today. But the Big East figured that its basketball operations were going so smoothly that there was no reason to add football. Basketball is the Big East's Maginot Line; it was so busy fighting the old war they had no idea what the new one would be.

The new war was the war for college football television dollars. And the tunnel-visioned Big East had no reason to think that those dollars would be so lucrative, rebuffing Penn State as a threat to its non-football old guard. It was typical Yankee arrogance; a failure to see that as the country moved South and West, from crammed cities to suburbs that could afford neatly-manicured gridirons, that football was about to be king.

Meanwhile, a combination of agents, sneaker merchants and far-sighted general managers were about to rob college basketball of its relevance. The Big East is falling apart because it did not understand the direction of the rest of the country. Even today, the basketball-only Big East schools are rerportedly the ones who forced Marinatto out; unhappy that the conference has become too football-centric. The Big East in 2012 is a destitute high society widow who refuses to sell her pearls to pay her rent.

With the collapse of Big East football looming, its turf will be an inviting target for the Big Ten and ACC. Jim Delany is eyeing the lightly attended Pinstripe Bowl as a potential inroads to the market. Even the SEC, Big 12 and Pac-12 would love to plant flags here, geography be damned.

But the rest of the country needs to understand that the Big East's ancestral home; the Amtrak-crammed corridor from the fireworks stores on the New Hampshire border to provincial Philadelphia, home of a man who should never talk about college football, will be a tough sell on their product. And the epicenter of this region, New York, is never going to buy in.

When the Morrill Land Grant Act was passed in 1862, the Northeast was already clogged with colleges. Fledgling states to the south and west poured resources into creating flagship schools that would soon mold their ruling classes. But New York already had a ruling class, along with had schools for their sons to attend.

Further, private colleges were a powerful lobby in New York, and in New York powerful lobbies tend to get what they want. They stifled the state's efforts to create large public universities, the types that would capture the loyalty of all the state's residents regardless of whether they had the means and ability to attend. 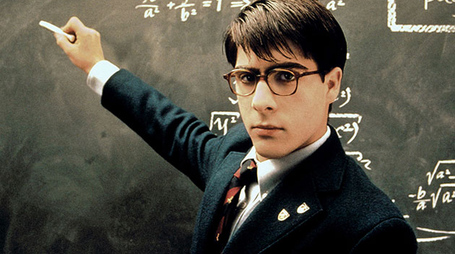 The cheap land offered by the Land Grant Act made it easy for schools outside New York to devote property to a football stadium, parking, facilities, etc. because real estate wasn't really a problem. I pay $1800 a month for a studio apartment; real estate is a BIG problem in New York. There's a reason that the Giants play in the middle of a New Jersey swamp.

People also think about college differently in New York. Sometimes I'm a note taker for Important People's conversations, and on one instance I got to hear a former executive of a Big Company explain the culture shock upon moving his family out of New York City to Big Company's headquarters in the heartland. Paraphrasing, he said, "Back in New York all my kids' friends wanted to go to Yale or Harvard. Out there they just wanted to go to the state college!"

If you want a successful sport you need two types of fans: the big spenders, and the die hards. The big spenders are the guys with expense accounts. They can put an open bar in the suite on the company card. They'll pay extra for all sorts of licenses and fees and access to your players. Some of them dwell in that blurry NCAA violation space. The best ones get away with it.

Meanwhile, the die hards are the ones filling the stands, paying hard-earned money on even the smallest trinkets to feel a connection to the team. Harvey Updyke was a die hard. They disavow him, but Bama wouldn't be Bama without his ilk. And remember, you need both big spenders and die hards. If your sport only has big spenders then it's the Henley Regatta. If it only has die hards then it's a tractor pull.

Traditionally you can get the big spenders to flock to your program by getting them to go to your college. But, as noted earlier, big spenders in the Northeast don't want to send their kids to football schools. And the future big spenders; the strivers with high GPAs and strong SATs but middle- or lower-class parents? They're getting scholarships to the private colleges with FCS football teams or lower.

If you're valedictorian of your high school in Meriden, Connecticut and have the choice to go to UConn or Wesleyan on scholarship, you're not choosing UConn. UConn is a fine school but it doesn't draw the richest of the rich or the smartest of the smart. It has plenty of successful alumni, but not a critical mass. And you're more likely to see the scions of successful UConn grads go to Harvard or Yale than their equivalents in states to the south and west.

Schools in the Northeast don't draw the die hards either. The die hards are taken. For them, football is Sundays, not Saturdays. There's no reason to trudge to East Hartford or Piscataway on a Saturday afternoon because either a) the Yankees or Red Sox will be playing or b) it'll be too cold for you to stand outside for a team you don't care that much about to begin with.

To the die hards, college football is the Triple-A NFL, good luck getting them to care about how many titles Bama won no matter how much you inflate that number. The only team that ever drew significant sidewalk alumni attention is Notre Dame, and the Davie-Willingham-Weis era did much to kill their relevance among younger demographic groups. Dick Ebersol learned that the hard way when he gave them an ill-advised television contract. Ebersol is the son of the head of the American Cancer Society who grew up in Connecticut and went to Yale. Notre Dame was all he knew of college football. I'd also bet he knew that executive from Big Company. 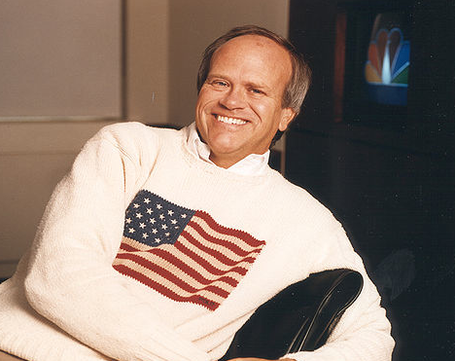 The best way for your college football team to make inroads in New York will be to raise academic standards. For all its problems (see: $1800 studio apartment) New York still attracts some of the best and brightest the country has to offer. And on Saturdays, college football migrants across the city congregate at designated bars that fit their college vibe. LSU fans go to a dump that smells like stale beer, Oklahoma State fans go to a place named Stillwater and UVA fans go to a bar made famous by the Preppy Killer (no, really). As your school gets better and companies in New York start recruiting your graduates, your presence will expand. But you're not going to be the Yankees or the Giants or even the Nets.

The same reasons for college football's low ceiling underlie the Big East's demise as well. The Big East always lacked the football culture of nearly everywhere else in the country. Its leaders grew up looking down their noses at the schools that would eventually cannibalize the conference. But New York City hasn't changed; it's just lost relevance. Making inroads here means changing 150 years of tradition regarding the roles of college and athletics. In other words: it'll be about as easy as getting people to stop waving the Confederate flag.

Bobby Big Wheel has a tumblr and loves college football despite suffocating to sleep nightly in a human rat trap somewhere on the island of Manhattan.