Board courtesy of Brian, who's just as shocked at this turn of events as you are at the size of his jackfruit-sized Reggie Nelson. Mini-scripts and points awarded below, but yes: that math is correct, and we have a new leader. 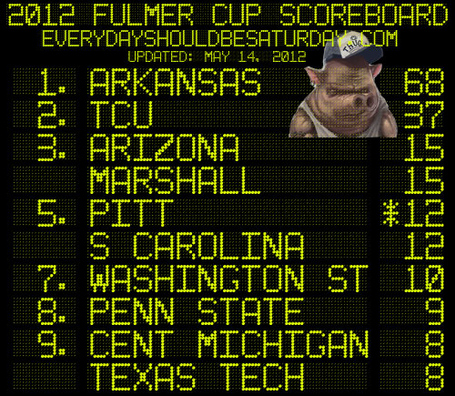 The locker room of the Arkansas Razorbacks. The team sits in chairs set in rows. A huge American flag hangs on the wall. JOHN L. SMITH enters in military garb. 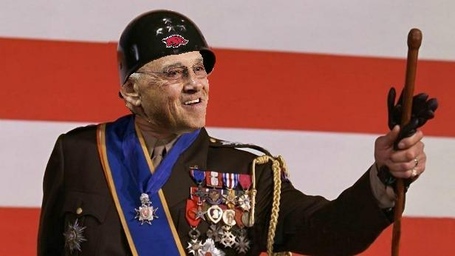 Football Player One: But we're 27 points behind TCU in the Fulmer Cup. That's...

John L. Smith: Nothing is impossible but surrender, gentlemen. We just need to harness the power of tactics. Logistics. Intelligence. Planning. And most important of all...

[his face comes off] 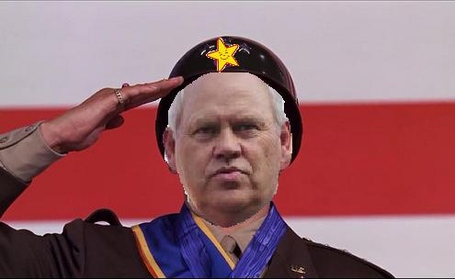 ...the crucial importance of camouflage and disguise in battle.

Arkansas may have just engineered the most improbable comeback in the history of the Fulmer Cup, and contrary to what your father or Woody Hayes told you, they did not do it three yards at a time. Arkansas instead rockets to the second highest score in Fulmer Cup history with one dramatic strike in the form of felony burglary charges amassed during a run through dorms on the Arkansas campus.

They would have gotten away with it, had it not been for that classic campus mistake: selling more textbooks at buyback than one could plausibly own. They also stole goods from places covered in video cameras, another mistake so dumb it can't even go in the ironic "classic" category.

Any great score is abetted by prosecutors, who in this case have given nine different charges of felony burglary to wide receivers Marquel Wade and Maudrecus Humphrey. Both have nine charges each, and at the felony level that's a brutal three points a pop for both. Nine times three times two and we're already at a staggering fifty-four points for the pair; throw in tight end Andrew Peterson's three points for his lone felony count, and we're looking at fifty-seven points with one ironic bonus point for a grand total of fifty-eight points for Arkansas' work here.

The Razorbacks now sit at sixty-eight points for the 2012 Fulmer Cup race. This is not quite the record, but sitting here on May 14th we can state that in the fourth-most active Fulmer Cup already with three and a half months to go this represents a significant accomplishment. Arkansas is putting together an ensemble piece for the ages, a Fulmer Cup season one might truly say has gone...ham.

WAKE UP THE ECHOES OF GEORGE GIPP SHOOTING POOL ALL DAY. If this is Notre Dame returning to form, we approve, since the early days of ND glory were not fueled by schoolmarmish boys bent on heavenly glory bought with good deeds, but instead by guys like George Gipp. Gipp hung out in pool halls, smoked, and never attended class, because George Gipp was majoring in pool and football, and pretty much in that order.

This is not what's happening because it involves Tommy Rees, who likely was attempting to kick someone else in the stomach, and not the cop. A felony charge plus the other assorted charges gets Rees and Calabrese to six, but this deserves a bonus point:

Even if the police in Indiana are on the whole complete dickbags worthy of your scorn for tazing small children for possessing cough drops without a license, the charges are the charges, and get Notre Dame to seven points for the whole affair. In case this does not depress you enough, here's Don Criqui openly wishing for death's sweet embrace.

STAY OFF DRUGS YOU'LL BE FAST, PART 4,009. Sammy Watkins, weed possession of the most piddling amount possible, and remember that drugs make you slow or something mphrblelemrphle. Two points for Clemson, who for the record is still in the ACC as of 2:45 p.m. EST.

EAST CAROLINA GETS AN ARBITRARY AWARD. Because if you chain up a dog and don't give it enough food or water, we're giving you five points without even looking you repellent asshole.

OKLAHOMA STATE FALLS INTO THE MOTHER OF ALL TRAFFIC STOPS. Four separate misdemeanors, four points for Okie State courtesy of defensive tackle Calvin Barnett and one officer's evident dislike or lack of understanding for the young man.

WISCONSIN DISCOVERS SUPERLOITERING. Loitering's kind of on a spectrum. First you're merely motionless, and then you're "standing there," and then at one point you're "hanging out legally." When that becomes illegal you're "loitering," but then at some point you enter "trespassing," and then full circle back round into "squatting." Montee Ball gets a point for something we'll call "superloitering," which is now officially the most Big Ten crime ever. (Because you don't have to do anything but sit there, you see.)

SOUTHERN MISS BURGLES AWAY. The Golden Eagles earn three points for a really inefficient robbery, since if you take a combined $400 or so off a guy with three other dudes, you sort of create three other robberies to make up for splitting it. Get efficient, criminals.

TEXAS WAITS FOR PIZZA ILLEGALLY. There are some suspiciously dickish charges filed by policemen this week, like Texas getting three points for charging Longhorn football players for waiting for pizza or something.Don't ever wait for pizza in Texas, and just hope you can catch it when it runs by you.

WEST VIRGINIA NEEDS DORITOS. Seriously, in order to prevent the tragedy of stealing from the Taj Mahal of convenience stores, a fine local Morgantown Sheetz: if you are an FBS college football player, and you need a bag of Doritos, we will send you one in the mail. Email us at spencer --at-- sbnation dot com, give us your address, and we will seriously do this to save you the ignominy West Virginia is going to endure for two points in the Fulmer Cup.