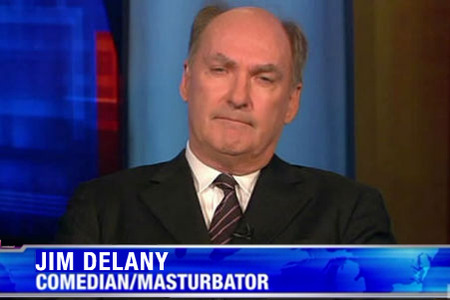 The BCS continues to edge slowly towards thinking about agreeing on hypothetical situations that might theoretically allow for something like a playoff. This is terrifying, and big change always is, but some things remain unchanged. For instance, Jim Delany is still completely batshit crazy, and that's nice if you're looking for constants.

In the latter plan, the four highest-ranked teams at the end of the regular season would meet in semifinals unless the Big Ten or Pac-12 champion, or both, were among the top four. Those leagues' teams still would meet in the Rose, and the next highest-ranked team or teams would slide into the semis. The national championship finalists would be selected after those three games.

You're France now, B1G. You haven't won a major conflict in over a decade. You are ruled by an aristocracy with 21st century bank accounts, a fart-sniffing aristocracy with an inflated sense of unvalidated supremacy, and love cheese and processed pork products. (Good processed pork products, mind you, just so we have to be totally honest in both directions here.) Your DeGaulle is a cash-cow pioneer whose resume is a bizarrely contradictory resume of the forward-thinking (Hey, B1G Network!) and the retrograde (SHIT okay we'll have a title game finally.) He's DeGaulle. All he's missing is a stack hat, epaulets, and the envelopes of other world leaders literally mailing him dead animals and their own shit to show how much they truly and deeply loathe his constant, irrational pain-in-the-assness.

SURE, WE'LL HAVE ANOTHER GAME JUST SO YOU CAN GET SOME EXTRA DOLLARS, SON. Because choosing from six is so much easier than four, and this makes no sense, and this is where we remember the deformed world of office politicking and academia that breeds school presidents who let assjack-enabling, unipolar toy despots like Jim Delany feed the world their thick pâte of deranged solipsism. That Rose Bowl proposal is so bad it's either willfully disingenuous or fucking nuts.

The Big Ten deserves as much respect as it deserves. Delany, on the other hand, can go piss on a sodium shingle.

ALABAMA WILL NOW COUNTER YOUR SENTIMENTS. If you're a Big Ten fan who takes this personally, remember that ALABAMA DEPTH CHART BOTTOMLESS OVERSIGNING SOMETHING. (Via.) You need a bigass tackle for the 3-4, and fortunately Nick Saban has a mutant from Australia with terrifying tattoos to plug in there thanks to his excellent recruiting acumen and management skills. (And a whole other class on the roster relative to 2012 opponent Michigan.) Please, Michigan, beat Alabama so the LULZ can be endless in 2012, especially when you lose to Purdue for no reason later in the season and Purdue's like "WUT, BRING IT SABAN no please not in the face--"

FOR EXTRA FUN: Replace the word "Petrino" with "Stalin" in this article and see if it's not the grandest kind of propaganda. Like man of steel, Petrino works through pain to liberate people of Our-Kansasstan.

SURE, "MISSION WORK." There's some places the NCAA won't follow you, and we are certain one of them is Liberia. Yes, Gene Chizik's probably a nice person who does nice things. Don't let the Finebaum gland stop you from thinking what you were going to think otherwise, and know that Nick Saban is going to buy the Gambia just to make sure he has a foothold in West Africa, too.

THE SEC QUARTERBACK MT. RUSHMORE. It really should be an eternal, unmelting butter sculpture in a casino in Biloxi, but that's just one topic of discussion on this week's Friends With Muscles.

ETC: Please watch for terrifying CASUAL FRANK MARTIN and Professor Whiskey behind him taking a faceplant so far it turns into a headplant. Sure, you might as well, since stripper poles on swamp buggies are hard to come by these days. It's not racist if you're genuinely passionate about chicken wraps, y'all.