YOUR WISH IS GRANTED, RON BROWN

Share All sharing options for: YOUR WISH IS GRANTED, RON BROWN

My Lord, i have done your bidding. I, Ron Brown, assistant at Nebraska, have publicly condemned homosexuality, and stood by your word. If I should lose my job as a result, it would be a greater honor than being fired for losing games. 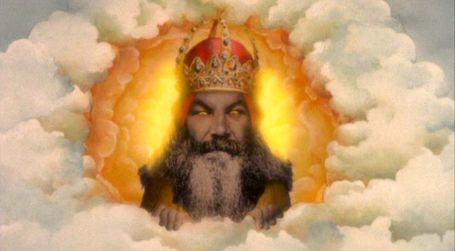 Crazy Old Testament God: THANK YOU. AND YOU'RE FIRED.

WHO SAYS I DON'T ANSWER PRAYERS HAHAHAHAHAHAHAHHAAAH EXCUSE ME I HAVE TO GO CAPSIZE AN INDONESIAN FERRY. IT NEVER GETS OLD! NEVER! IT'S THE CHICKEN WINGS TO MY DIET. THEY JUST KEEP COMING BACK STRONG EVERY TIME AND I CAN'T RESIST.

But I did exactly what you said.

YES YOU DID. THANK YOU SO MUCH FOR THAT. I ALSO JUST BLEW UP THE ALTERNATOR IN YOUR CAR BECAUSE THOSE THINGS ARE JUST SO TOUCHY AREN'T THEY? BOOM! I ALSO JUST GAVE A SECOND OSCAR TO HELEN HUNT. TAKE THAT, ART.

HE WORKS ON WEDNESDAYS.

Seriously, no matter what your beliefs are, asking to get fired is a great way for Crazy Old Testament God to up and fire your ass. Because he has a sense of humor, man. We're also turning off comments because HAHAHAHA CRAZY OLD TESTAMENT GOD WORKS EVERY DAY AT EDSBS.