Share All sharing options for: JOHN L. SMITH HAS HIS FIRST STAFF MEETING 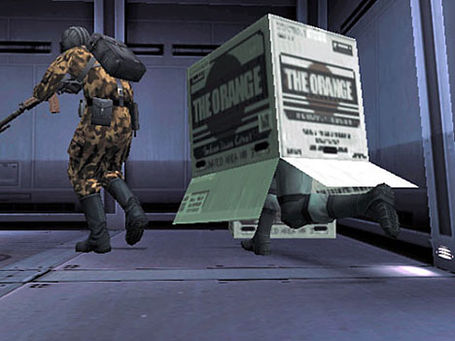 The offices of the Arkansas football program. The staff waits at the broad conference table. It is 2:00 p.m., the appointed time for their first visit with John L. Smith, the new head coach at the University of Arkansas. A few coaches check their phones idly. At 2:01 p.m., two men wheel a large box into the room on a dolly.

One of the deliverymen pulls a card from his pocket and begins reading.

Deliveryman: Your delivery is here.

A voice from inside the box mutters MORE!

Deliveryman: [sighs] Your DELIVERY is HERE!

Exit deliveryman. The box wiggles. Something inside is struggling, grunting. There is muffled cursing.

The box tips over. A loud "DAMMIT" emanates from inside. The sides wiggle with the force of someone clearly trying to punch through the sides. Finally, a car key emerges from the side, cutting its way through the box.

A hand appears. Styrofoam peanuts explode in all directions, and standing in the wreckage of the box is JOHN L. SMITH.

JLS: He was right! Your delivery, Arkansas, is HERE!

He points to Paul Petrino. Petrino misses the cue.

Paul Petrino presses a button on his laptop. This begins to play on a loop.

JLS: I'm so damn excited about this. I can't wait to get to work. That's why I've been here for four weeks already, watching and observing.

JLS: In the vents. In the backseat of your cars. Even went to the casa to see what kind of work you do with your old ladies. I pity some of your wives. BTW, Paul, your air vents and HVAC system are filthy. You might have walking Legionnaire's. Just sayin'.

JLS: There's no time. So a few adjustments because we're already behind. First, we don't practice anymore. We motivate by calling each practice a REP-ISODE. Today's the Glee episode. All calls must be sung, but sung kind of shitty-like.

JLS: THERE'S NO TIME. Hold this, don't ask why.

JLS: That symbolizes the fire of competition. We have to keep it lit at all times.

PP: This is going to burn out in ten minutes.

JLS: Well, we're gonna need a lot of kid-safe candles like that, aren't we? Gotta connect with these kids! Love 'em up! Show 'em fire! You know where some of these kids are from. They may not even know what fire is. That's what we're up against.

JLS: Film study has to change, too. These kids are TECH-SAVVY. That's why I'm giving everyone on the team and our coaching staff the latest in digital technology. Voila! 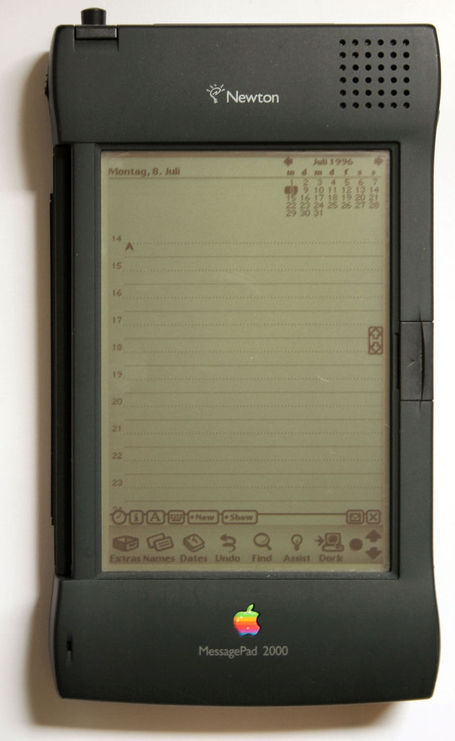 JLS: Whole playbook is on there. I know, it seems impossible, but that's just where we are in the year 2014.

JLS: Yes it is. You're just behind on the promises of the future already by worrying about the present which is already the past which is just a dead future's present, Paul.

JLS: I thought so. Also, we're all going to change some strategic things around here. See this slide for full details. 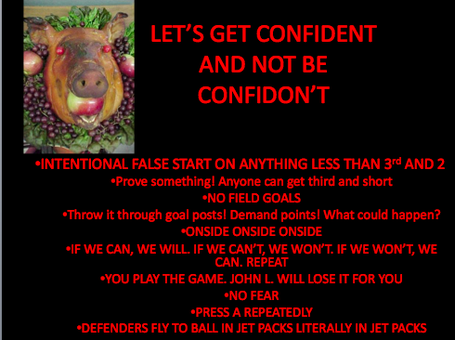 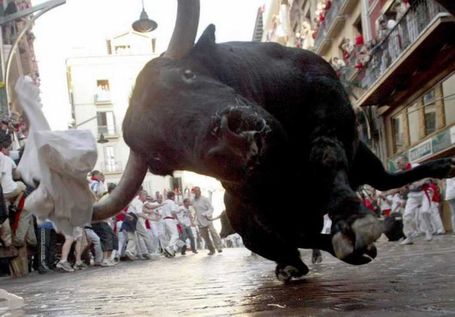 JAVIER THE BULL: GAAAAAAAHHHHHHHHHHH I HATE EVERYTHING AND AM NOT VERY BRIGHT

Tables are upended as the bull runs through the room. Coaches scatter. The bull gores a fax machine, shits explosively on the floor, and then stands in the middle of the demolished room panting naked. The coaches hide together beneath a table.

Assistant: And they wanted us to hire Switzer.

PP: Actually, Javier there pretty much IS doing Barry right now. Like, pitch-perfect.

JLS: Guys, this is gonna be AWESOME.