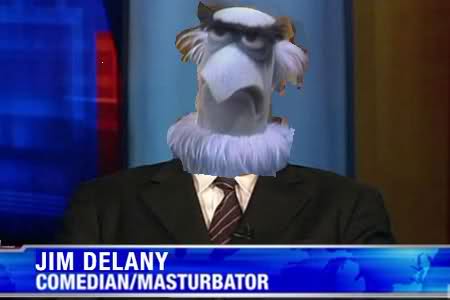 In a roundtable of conference commissioners yesterday, Mike Slive confirmed that he agrees with everyone who has a brain and does not suffer from Rose Bowl Derangement Syndrome.

"It's not one of my favorites," Slive said Monday at a roundtable of conference commissioners during a Associated Press Sports Editors meeting at the Alabama Sports Hall of Fame. "I think what we're trying to do is simplify in many ways, and I don't think that adds to the simplification of the postseason."

That's lawyer for "I hate this with the passion of a thousand burning road flares." Slive also basically admits that he and the universities of his conference would like to continue operating a for-profit sporting venture under the guise of an academic venture, and that coaches' salaries are huge and that's just the way it is, man.

THE BEST JOKE ABOUT THIS GOES TO: Take it away, Chili.

At least it didn't happen to you via the ass of a recruit who didn't even end up going to your school, Alabama. We would join the chorus of people suggesting Nick Saban did this intentionally to motivate the troops, a la Cortez, but the curse of a broken BCS trophy is nothing to fuck with. First you break it. Then a new offensive coordinator and staff losses begins to erode your program integrity. Then your coach...wait, this isn't happening at all. Nope. Never mind. Nothing to see here. Disregard.

RETURN OF THE BLUE. As a fellow fan of lacy cursive football logos, the possible return of the Ole Miss blues is something to be heralded. The matte black epidemic, though, has to be stopped, since it makes everything look like The Road: Football Edition.

COLORADO TAKES COMPLIANCE VERY SERIOUSLY. Even in the bathroom, mind you.

GET MONEY, FAT SPANIARD GENIUS. Al Borges is now a richer Don de Offencia thanks to pizza money. Meanwhile, Michigan appears to be hitting a happy delirium, and they're long overdue for that.

PLEASE CORRECT YO GEOGRAPHY. No one ever said farmers were good at geography.