A PRESS RELEASE FROM THE TEMPLE STATUE

Share All sharing options for: A PRESS RELEASE FROM THE TEMPLE STATUE 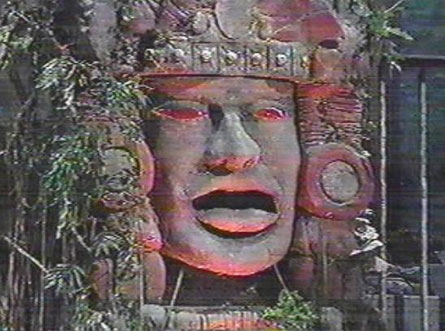 Hello, fellow Big East members. It is nice to see you after so many years in captivity in the basement of the MAC. We have mourned you for years! The time you had to drive off quickly at the gas station was difficult for both of us. We had to subsist on corn nuts and Powerade even though Powerade is so very gross.

You had to face life with Miami and Virginia Polytechnic without the civilizing influence of Philadelphia. Please convey our sincere greetings to both of them by throwing this bag of urine at them preferably after they have suffered a terrible injury. We look forward to rejoining them in the Big East, even as mortal enemies. Tell Syracuse they are feckless as ever.

To secure our freedom from the MAC we have delivered a ransom. This ransom was originally offered in the currencies of our people: human sacrifices and Shane Victorino jerseys. After some negotiation, we compromised on six million of your American dollars. We are sure the villainous MAC will console themselves in our absence by spending every dollar on fireworks and cans of Steel Reserve High Gravity Lager. I hope they do this very thing.

A few questions before we resume operations in the Big East.

--How fares our friend Bill Cosby? Surely his television program is still providing useful moral instruction and family dance numbers each week for his adoring nation.

--We are told a trip to Memphis will be necessary. Temple agrees, but only to avoid angering Memphis's god, a medium-sized smokestack belching fluorine gas and excuses.

--USF is written twice here, once as the typo "UCF." In an era of Windows 3.0 with "Spell Checking," this error is unacceptable and reflects badly on the conference as a whole. Also, Virginia Tech, Miami, Syracuse, and PIttsburgh are missing. Please add them at once.

--I do not remember this actor from the Star Wars series, and demand to speak to Commissioner Tranghese, whomever that is, immediately.

We look forward to the future conference championship game, played on a locked middle school all purpose recess field in the middle of the night until the cops show up.