WE ARE NOT ALONE

Share All sharing options for: WE ARE NOT ALONE 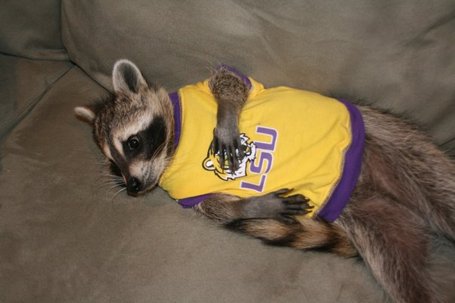 Thanks to the gentlemanly Mr. Godfrey, we know that LSU's human fan base was not the only group suffering during the national championship game. Buster screamed at the television when the Tiger offense could not move the ball. Buster remarked, to no one in particular, how lucky Bama was that A.J. McCarron was playing the game of his life. Buster drank too much, kicked a hole in the screen door, and stole a police motorcycle. Buster crashed that motorcycle into a swamp. Buster has seven children, nine if you believe certain people, but life didn't mean for Buster to be a father. No, sir.

We feel for you, Buster. Like many of us, you did not choose this allegiance - you were born into it. Because all raccoons root for LSU and have for decades. You think they're the only animals that have picked a side in the war of attrition we call football? You are wrong, sir or madam, as the following LIST OF SCIENCE AND KNOWLEDGE Luke and I compiled will prove:

TURKEY - ALABAMA: Besides claiming holiday national championships for nearly 400 years, turkeys have been known to stare straight up into the sky during thunderstorms in an effort to quench their thirst, only to find themselves drowned. The same happens every time it's rained Bryant-Denny Stadium since the early 20th century. 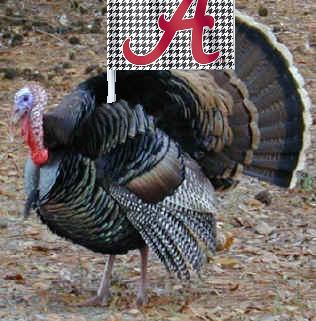 GARDEN SNAIL - MICHIGAN: Slow, but proud, in a "wait seriously why are you so proud everything else eats you" sense. Like its human fan counterpart, will inevitably meet its death due to overconsumption of salt. Will not tolerate being compared to slugs, which are Minnesota fans and not "Michigan Mollusk" material.

AFGHAN HOUND - AUBURN: Most dogs are deemed intelligent by reputation. The Afghan Hound, on the other hand, is notoriously heralded as one of the least intelligent mammals in nature. Few other four (or two) legged creatures make logical associations or pick up new ideas more clumsily than the Afghan Hound. Also known in some circles for testing explosive vests proudly. Cannot differentiate between eagles and tigers.

SEAGULL - OHIO STATE: Seagulls only recently picked the Buckeyes, respecting Urban Meyer's willingness to take your hot dog out of your fat stupid hands while you're on the beach because fuck you for not paying attention. They also embrace the school tradition of pooping anywhere at any time for any reason. 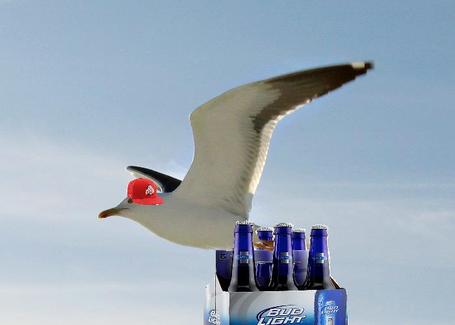 BRACHIOSAURUS - UCLA: This is, of course, only a guess based on what paleontologists can tell us from the fossil record, but we believe brachiosaurs were drawn to UCLA because of its climate and access to lush vegetation. Unfortunately, neither the brachiosaur nor its chosen school would survive beyond 1998.

HOUSE CAT - NORTH CAROLINA: Generally innocuous. Liked by some, a living allergy to others. Maybe once every seven years when it wants something it will come and do everything in its power to get your care and affection. Then you'll take it to the vet and learn your cat's going to cost you $200,000, your job, and you're going to have to get a new cat. Fuck your cat.

EMPEROR PENGUIN - THE ENTIRE BIG EAST: The common traits between these two make for a natural animal fanbase. Indigenous to the north but forced by a changing world to seek new habitats. Cute and cuddly when seen by the rest of us every four years, even though they have no meaningful net effect on the ecosystem. Might be delicious. Could die out in the next few years, though none of us will do anything more than donate $20 to prevent that. 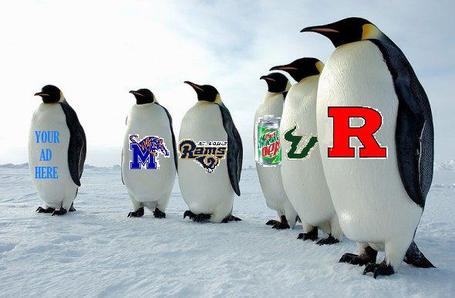 GREAT BASIN BRISTLECONE PINE - NOTRE DAME: Insists it can be competitive in the animal kingdom even though it is immobile. Will talk about history and tradition at length, usually while its branches dry up and fall off. Demands replacement of park ranger every four years.