OFF TOPIC: YOU'RE NOT WINNING THE LOTTERY. PREPARE ANYWAY.

Share All sharing options for: OFF TOPIC: YOU'RE NOT WINNING THE LOTTERY. PREPARE ANYWAY.

Through some odd and ancient life connections we know someone with a great deal of experience with lottery winners. ANONYMOUS LOTTERY EXPERT has dealt with every imaginable issue greeting lottery winners: tax holocausts, payday loans for millionaires-by-installment, your inevitable drug habit, and an endless stream of family members all demanding exactly $5,000 to solve all their problems in the world.

ANONYMOUS LOTTERY EXPERT offers his thoughts below. Some sums and details have been changed to protect the still-richer-than-you'll-ever-be. 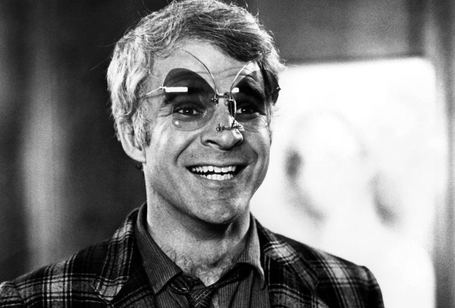 This, in a sense, could be you.

1) The first thing is you have to go the Lottery Office and get your picture taken. YOU WILL BE KNOWN. EVERYONE WILL KNOW YOU ARE NOW RICH. The state does this for advertising, and because they want you dead so they do not have to pay the money. The first part is true, and the second part is speculation. There's an element of sadism to it, but most lottery winners are so dumb they tell everyone anyway.

3) If you take the payout, you CANT GET LOANS. Banks hate lottery payments, cuz they can't take them away from you. So, this is why some winners have tons of stupid cheap toys...jet skis and rims and big tvs...but live in hovels. They can buy silly crap, but never build up the credit to have a nice house. That would not be a concern for the MegaMillions winner, but for smaller winners it is a problem.

4) Most lotteries were historically resisted by liberal/progressives as a TAX ON THE POOR, cuz mostly only poor people buy tickets. This as a practical matter means that the people who win the lottery HAVE NO IDEA HOW TO HANDLE LARGE SUMS OF MONEY.

Example: Winner 1 won $50M or so. His entire family immediately became hooked on drugs, the girlfriends of the sons mysteriously forgot to take their birth control, and everyone got tatoos and new cars.

A) Hummer with train horn

C) A bumper winch for a Cadillac Escalade

d) Automatic weapons. A lot of them.

One more thing while we're talking about lottery weirdness. Most states have a special statute that if you work for the lottery department, or ever have, YOU CAN NEVER WIN. How cruel is that? That's like have starving, famine-thin refugees as chefs.

Crueler still, some states have special protections for certain people, like child support or other state debts. This has led to one example where a man won $100,000 or so, went to collect and GOT ARRESTED FOR BACK CHILD SUPPORT. The Court took his winnings, which were not enough to cover his back child support, and put his ass in JAIL. BECAUSE HE WON THE LOTTERY

A lottery winner becomes the Wailing Wall, but the faithful try to pull paper OUT.

Security's not that bad an issue. Mr. 50 million's house has been broken into three times. He hasn't been physically assaulted.

Never take the installments. The billboard is a representation of the addition of 30 years of winnings. If you win the lump sum, they give you that lump sum waiting in the bank. Any money manager with even basic skills can get you decent returns.

If you're going to spend crazily, both are a problem. The installments might be better for someone who did this, because you can't run through all of it at once. But the yearly installment plan is really hard when you, your extended family, and all their family members, and even their families and friends ALL QUIT THEIR JOBS AND GOT HOOKED ON DRUGS. You have to now pay them, because you will.

Say that on January 1st you get wired a million bucks of your installment. A third is gone to income tax immediately. Let's say you've got two kids. You want to give each one of the kids $100K. For you to give them that, you also have to give to the IRS in gift taxation. That's another $50K on top of that. So of the million you've got, you've already paid $433K in gift taxes. And then you've got your drug habit to pay for.

WHAT TO DO IF YOU HAPPEN TO WIN.

1. Don't tell anybody. They might shoot you or take the fucking ticket. That's a very real possibility. That much money and people will go crazy.

3. Book a hotel in the state's capital. Claim your money at the Department of State. You do not claim your winnings at the gas station. This is a very bad idea.

4. Get out of town. Here's why: the people at the gas station get a cut of whatever the winnings are. They'll know that they sold the winning lottery ticket. If you live in a small town, they'll have a pretty good idea who you were. Rumors will fly quickly. You'll want to miss that.

5. Family? Get some really trustworthy person to blame for everything bad in your life. Give them some kind of role in managing your wealth. Then tell your lawyer to be a dick for you when family members ask for money. It's not totally honest, but if you give people money they will hate you. I don't know why, but that's how it's happened time and time again.

6. Stay small for a year. Do something small. Buy a new car, go to Disney for a week. Make no major life changes for one year. A year seems to be some kind of psychological cleansing period, good or bad.

This is the last point. This is a simple notion: money is the volume of your dickishness. Whatever your dick move is now, money makes it a BIG dick move. All fetters on behavior are removed. You dont rely on anyone's approval anymore. The biggest threat to a person who wins is the PERSON THEY WILL BECOME. This is an example born not just from lottery winners, but also from people I've seen inherit large sums.