THE OFFICIAL RULES OF FEELINGSBALL

Share All sharing options for: THE OFFICIAL RULES OF FEELINGSBALL

Aunt Stabby, blessed patron saint of lost travelers, drunks, and super-intelligent sharks that have learned to blend in at the highest levels of industry and government, is fond of noting that the game we love is Football, not Feelingsball. Without questioning her judgment (as our health insurance clearly states doing so is grounds for revocation of coverage), we wonder - what, then, is Feelingsball?

Through much research in dusty archives (and other places where we were hoping to find sexy ghosts), we found out precisely just that. Unearthed for the first time, these are the surviving rules of Feelingsball. 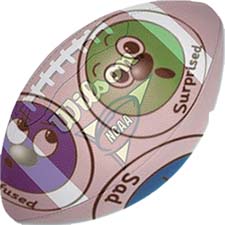 Eleven players per team on the field, but position names have been abandoned. We don't approve of the hurtful notion that one linebacker plays on the "weak side." Nor do we see the need for the distinction between free and strong safeties. Is there not freedom in strength?? Is there not strength in freedom??? In Feelingsball, every player is simply referred to as "participant," and everyone's jersey has the number one on it.

The team that is on offense has three downs to advance the ball ten yards from the original line of scrimmage. The fourth down must be used to punt or attempt a field goal; if the defense has stopped the offense through three downs, attempting a non-kicking play is purely obstinant. An offensive play begins with the passing participant saying, in a loud but polite voice, "READY?!" This is a question to the defensive team, and until the defensive team says "yes," the ball cannot be snapped.

The following acts do not amount to playing the game the right way and shall not be performed by the offense:

- Play-action passes.
- Dummy audibles.
- Pump fakes.
- Regular audibles.
- Double moves.
- Stiff arms.
- Two offensive players blocking one defensive player.
- Running the same play multiple times because the defense is unable to stop it. How would you like it if they did that to you?

There is no play clock. Life is short enough without being rushed. Soak in the moment, and play when you're ready.

The offense may receive instructions via large cards held up from the sideline, but they must be full paragraph descriptions of the play being called without any coding. This must accompanied by a second card saying "GOOD LUCK DEFENSE", and don't you dare be sarcastic about it, mister.

After reviewing several proposals this offseason, the Feelingsball Committee has decided to revise one offensive rule. Previously, the participant carrying the ball was only permitted to advance the ball to the first down marker and not any farther. Going forward, the ballcarrier can advance the ball beyond the first down marker IF he is tackled by a defensive participant such that his natural momentum carries him that way. 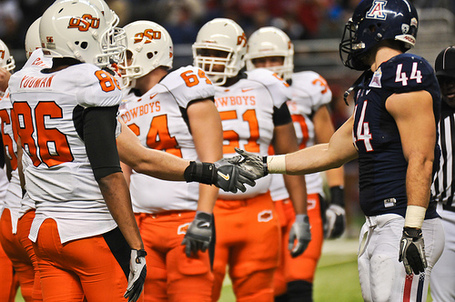 Some defensive participants have expressed confusion about the definition of a legal tackle. We wish to reiterate that the point of Feelingsball is NOT to cause pain or injury. To ensure your tackle is legal, imagine that you are hugging a giant egg and trying to bring it to the ground without cracking it. If the tackle is made on a passing offensive participant, imagine the egg is made of Waterford crystal.

Before making contact, the defender should ask the offensive participant if he is comfortable with what is about to happen. If not, play must be stopped and heartfelt conversation had.

The following acts show disrespect for the history of the game and are not permitted by the defense:

- Stunting.
- Attempting to cause a fumble.
- Showing man and then playing zone. If you want to practice deception, go defraud the elderly.
- Corner blitzes.
- Tackling too high.
- Tackling too low.
- Seriously, don't tackle. Just wrap up and wait for the refs to blow the whistle.

A participant may not attempt to block a field goal attempt, because, seriously, have you ever tried to kick a field goal? Like, even just a 25 yarder? It is CRAZY hard. Blocking a field goal is like pushing someone over who's trying to learn how to do a handstand. Stop it.

A participant may attempt to block an extra point attempt, however. This is Feelingsball, not Feelingsfeelingsball.

In the interest of safety, all punts and kickoffs will result in a touchback, even if the kicking team turns around and punts the ball backwards. 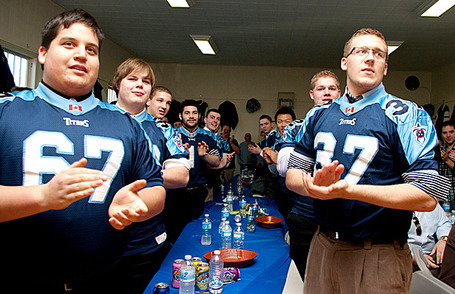 Fans should clap and cheer, but only when their team does something well, not when the opponent does something poorly. Where does this vague difference lie? In your heart, if you're really a good person.

At no point should a fan, in attendance or otherwise, criticize his or her team. If you don't like the feelingsball you're watching, you are welcome to seek out something else. In fact, you should go out of your way to praise your team after they stumble. Examples include:

- "Well, you can't assume that a coin that came up heads three times in a row will come up heads again on the next flip, so I understand why we ran that bubble screen there."
- "Really, is it ever too early to go for two? What if the rapture comes before the second half?"
- "That's ok, defense. Giving up a first down on third and long just means more rest for the offense! Selflessness!"

THE FUNDAMENTAL RULE OF FEELINGSBALL

What is the "there?" An interception that clinches a victory. A perfectly timed corner route in the back of the end zone. A good eater's touchdown. (We have always abhorred the vulgar phrase "fat guy.") 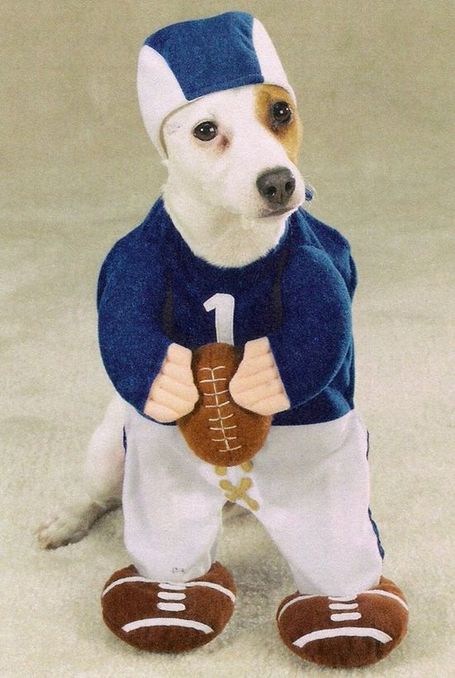