THE SECOND GREATEST FICTIONAL BAT IN THE INTERNET'S HISTORY

Share All sharing options for: THE SECOND GREATEST FICTIONAL BAT IN THE INTERNET'S HISTORY 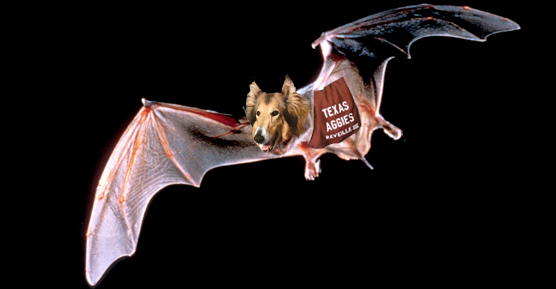 This has something to do with this post. We promise.

It is very difficult to focus with an Old Dirty Bastard movie with Michael K. Williams looming on the horizon. The prospect dazzles not only because it leaves the door open for our 37 hour Wu-Tang miniseries we have been working on for three years now, but also because it covers the life of a man who did so very much in such a short time.

LIST: He exposed the Illuminati and ran half-naked out a second story window after fighting with a pit bull in an apartment he mistakenly thought was his girlfriend's. He helped lift a flipped car off a four year old girl in an accident. (That he did not cause. We repeat: he did not cause this accident.) Ol' Dirty Bastard did what no one else could do in the year 1998 by shutting up "Sonny Came Home" at the Grammys. He spent a lot of money on his suit. He deserved it.

It goes on. He escaped from police the Hammerstein Ballroom despite appearing on stage with Wu-Tang just a few minutes prior, and may have helped invent parkour by jumping across an entire street from fire escape to fire escape on Staten Island as a youth. We're just going to say he invented parkour. In your heart, you know it's true. Wu-Tang is for the children, and we will see this film in the proper state on its first night: high on PCP and Olde English, and most likely with a warrant out for our arrest.

Still, there is another legend we need to pay tribute to, and that is Romero, the Free-Tailed Bat Of Kyle Field.

The internet's most legendary bat remains Space Bat (RIP Space Bat NEVER FORGET.) A challenger has appeared, though, flitting his wee fleshy wings from beneath the eaves of Kyle Field. He speaks for those who have no voice. He seeks to protect the defenseless.

Hello Aggies! My name is Romero, and I am a Mexican Free Tailed Bat currently living in the confines of Kyle Field! I recently heard rumors to destroy my house. This is unacceptable. I have family and friends! Where are my little find crickets delicious and plentiful as the field kyle!??? Where I can find a place to poop so big as my place on the second floor 231 row seat five. This is outrageous! We have protected their crops throughout the centuries and want to pay us by destroying our house we have lived for decades! This is our home! Not yours! Their football team is not even great, so it should not matter! If you do not meet our demands we will make sure to drop shit on your entire campus rather than simply our rightful home in kyle field.

Doubt his realness if you like. Then remember that Secretary of Defense Robert Gates himself used to post on TexAgs.com, and quake at the reality of tiny bats in Western wear making tactical defecation runs against the poor, defenseless heads of College Station's students. Romero has spoken. Unless the world wants cowboy hats to become less decorative and more practical than the Aggies had ever imagined, we will all listen.