DEAR MIZZOU: HERE'S THE SHORT FORM ON PISSING OFF YOUR NEW NEIGHBORS

Share All sharing options for: DEAR MIZZOU: HERE'S THE SHORT FORM ON PISSING OFF YOUR NEW NEIGHBORS

We want to make it easy for you, but it will not be. Poor, poor Mizzou. It will take you years to understand this, and not just because you are high on meth. Tired of that joke yet? You should be, because it is tired, and was tired years ago, but that is how this game gets played when your state is hard to understand and stereotype. Get ready for some Winter's Bone references, too. That's all we've really got for you as a group in advance of "jumbo"-sized Gary Pinkel jokes. 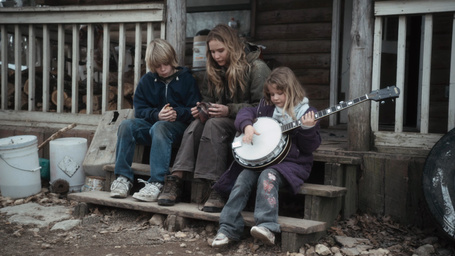 This, until we all figure out something easier.

The rest of the SEC is a bit easier. These are the thumbnails on how to infuriate them. Play variations on them, expand, flesh out the bones, but this is the bare minimum of what you need to drop a bomb properly and leave casualties. We're so good to you, Mizzou, especially since we gave you Charlie Weis at Kansas. Edit: we're AMAZING TO YOU.

The unfair thumbnail sketch of the ten original members you will have to familiarize yourself with in order to understand what's going on here. (A&M, you are familiar with, and is worthy of its own post for current SEC members.)

Georgia: Dudes in golf shirts who'd rather be playing golf and complaining about their wives/girlfriends. Richt is their perfect coach because he doubles as pastor and chill father figure. (P.S. Georgians do not like to work too hard or consistently, much like Georgia football.) Base emotion: satisfied with whatever, but would not admit it ever. Their dog is dying RIGHT NOW. Mention it.

Alabama/Auburn. Deep bangs across the forehead, khakis. Not sane in the least. If they were Afghani, they would be caning your wife's ankles for getting some air. Only slightly dangerous. Basically the same people, which is the most inflammatory part of the troll here, and one you should repeat and confuse intentionally. Base emotion: rage.

Arkansas. Like Alabama fans, but are bears. Bears with guns and car bombs. Base emotion: mauling something. Legitimately dangerous, and unfortunately really close to your house.

South Carolina. Just a thousand variations on Ashley Schaeffer from Eastbound and Down with varying levels of income and venereal disease. Base emotion: proud regardless of circumstances.

Tennessee. Sad homebound diabetics in hunting gear rubbing the spot where their amputated foot used to be. Base emotion: sorrow, resignation, resentment.

Ole Miss: Males are Pappy O'Daniel from O Brother Where Art Thou? Women are any variation of horrendous misogyny from any Tennessee Williams play. If you don't get either of these, it's okay, because they don't care about football anyway.

MIss State: Skeptical farmers with rural sympathies and big trucks. Make fun of their pain and cowbells. They will hate you for it. Base emotion: waiting for something to happen.

Kentucky: [not applicable to football]

Florida: Just yell "Jorts" and toss out various "white trash" jokes. They're only partially accurate, and we'll be happy to give you the full Florida trollin' playbook in a separate upcoming post. But "JORTS" and "arrogant" go well for the easy run, as does a good "YOU DINT HAVE FOOTBALL FORE 1992." If you're racist, say something about Cubans and boatlifts, because you know how close Miami is to Gainesville. Oh, and arrests. Mention those, too.

The in-depth guide to proper trolling Florida fans is on the way. Study it. Troll well.