A HAPPY SCHNELLMAS TO YOU

Share All sharing options for: A HAPPY SCHNELLMAS TO YOU

Seventy-eight years later, the town of St. Meinrad, Indiana still talks about that morning. The steer escaped from his pen, kneeling in deference in front of the bedroom window. The curious balls of phantom smoke, aromatic with a pipe smoke unknown to the citizens because it had not been made yet, coughing from random chimneys and standpipes around the town. The mustache that appeared on the rusting water tower, and then flapped its wings like a gull on the ocean zephyrs before soaring into the distance.

Many disavowed what they saw that day. Others still refuse to discuss it. Only the annals of the town's records speak frankly of the day's oddities and banalities, and detail the complaints to local authorities while noting the single birth in town that day. Sex: male, undeniably and powerfully male. Weight: 42.5 pounds. Height: three feet and three inches. Eye color: blue like the sapphires of old India, and unclouded by tears or cowardice. Vigor: controlled, but terrifying, and noted by the attending physician when the child seized the scissors and separated himself from his mother. A pipe was requested for the child. He took to it without difficulty, and requested some quiet for his beloved mother after her arduous work that morning.

Across that child's face sat a mustache, thick as a sailor's and twitching with potential like a mongoose sniffing at a cobra's door. 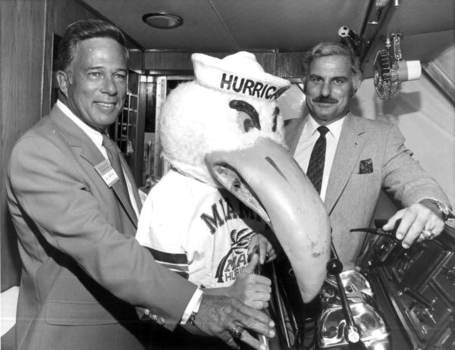 "To Cuba and quickly so. This cruise ship isn't going to steal itself, Sebastian."

Happy 78th birthday to birthday boy Howard Schnellenberger, the greatest 42 pound baby in the history of rural Indiana. Cheers, pipes, and mink coats all around.