If you are not otherwise watching basketball, please enjoy our critical review of one of the late 20th century's most neglected film franchises. Written with Run Home Jack. 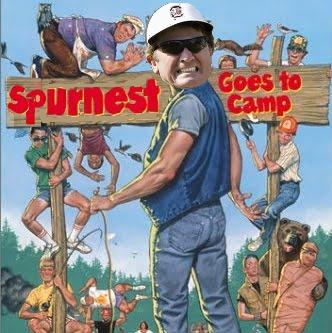 The inaugural film of the series set the tone for the rest of the successful series. Spurnest, an achingly sincere aspiring camp counselor and maintenance man, quickly rises through the ranks to become head counselor at Camp Cock-a-kee.

Through a series of comedic misunderstandings, Spurnest is blamed for a series of accidents at the camp that are not his fault, like Blake Mitchell becoming a starting quarterback and several campers not paying their bills during a sleepover at a local hotel. His redemption comes when he spoils an attempt by Bommy Towden, a corrupt upstate cocaine baron, to buy the camp and turn it into a dialysis center and casino. 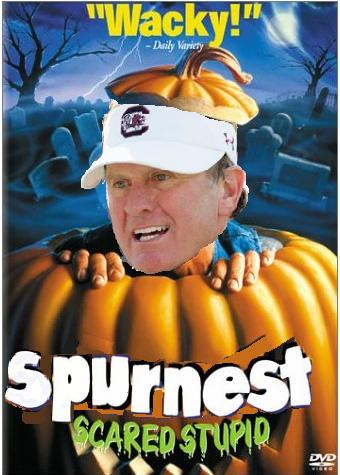 The second film in the Spurnest series takes few chances with the formula, returning to Ernest yet again working his way upward through a bureaucracy incapable of seeing his true value, this time as a sanitation engineer cleaning up the wreckage left by former Cocktown Mayor Slobbernz McGee. The film is notable for its cagey use of limited resources in order to fool the viewer into thinking the town is much bigger and better than it is, especially in the special effects department. For instance, the part of "Shadowy, Potentially Program-Killing Sasquatch" is played by Stephen Garcia, who is harmlessly dispatched by Spurnest in a brewery accident. (You only see him in flashes, and it's more than enough to convince everyone he's much more of a threat than he actually is.) 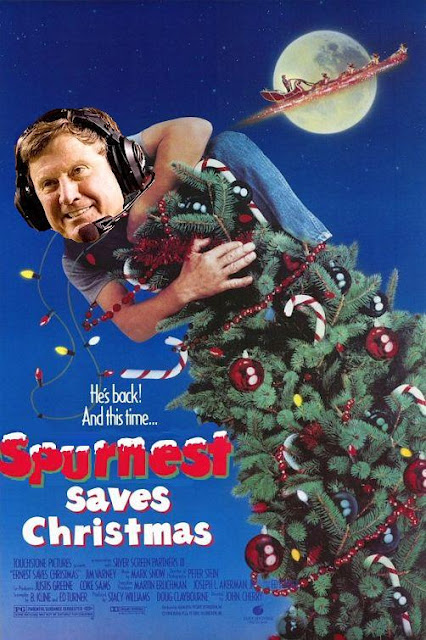 A printing error marred the box office potential of the darkest chapter in the Spurnest series. Initially framed as a story about the Spurnest character coming to terms with his own mortality over the course of a holiday season, the film's producers panicked at the last second, changed the poster to sell a Christmas movie in its place, and then made no allowances for audiences who showed up to what was indeed a very different film.

Despite its initial critical and commercial failures, Spurnest Saves Christmas became a cult classic over the years. Writes critic Roger Ebert of the film:

"The final sequence of the film is the only honest portrait of heroic failure. The failure is a complete one. Spurnest wonders how he ever got to Birmingham, to Legion Field, and most especially how he ever lost a bowl game sponsored by a pizza company's website 20--7 to UConn. Phantasmagoria is hard to pull off at any moment, but doing so here marks a truly singular cinematic feat. When the camera lingers on a silent coach, his fly unzipped, calmly covering a bus stop bench with his anger-urine, it is our expectations that are doused, but not our admiration of the work itself." 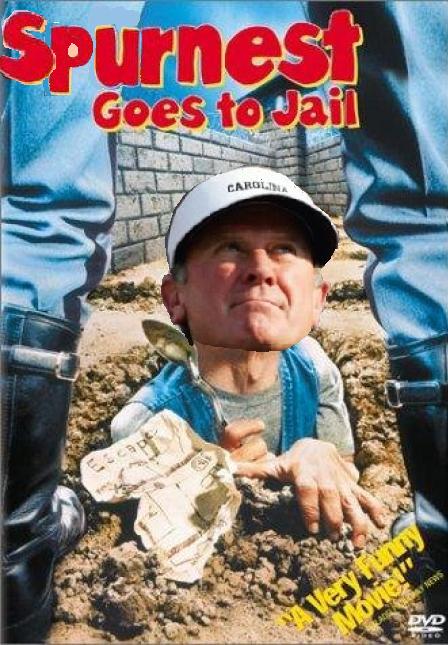 More like a short documentary, really. Not properly considered part of the Spurnest series. 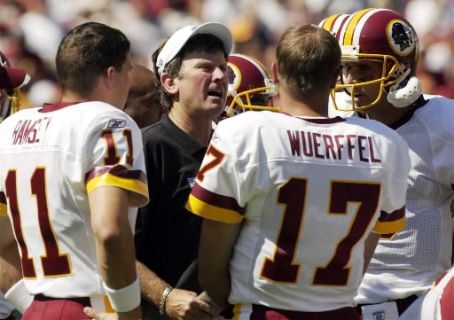 The first prequel in the Spurnest series nearly destroyed the series' value singlehandedly by subjecting viewers to what Richard Roeper called "Salo for the football crowd." Both tedious and incoherent, the Spurnest character serves as the landlord in a charnel house in Washington, D.C. whose exact purpose is never explained to the viewers. A cruel dwarf billionaire lures elderly victims with vast sums of cash, and then forces them to weekly slaughter overseen by a horrified and disinterested Spurnest.

The character's "redemption" only comes when he announces his intentions to steal $25 million in broad daylight, but Spurnest Dies A Fiery Death In Suburban Maryland does not even allow the viewer the fun of a caper film as Spurnest leaves, but is never whole again. His final failure comes in not warning the world of the charnel house's evils, and heading south to "wander the earth, and possibly play some golf." Highly unsuccessful films featuring a similar plot involving the billionaire dwarf have followed, all at great cost, and all equally doomed from the onset.