Share All sharing options for: ALTERNATIVE REVENUE SOURCES FOR THE ENTERPRISING ATHLETIC DEPARTMENT 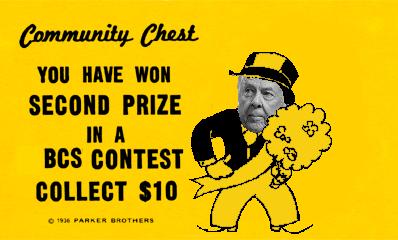 Oklahoma State fans, bad news about that tontine legitimate investment plan you were running for a couple of years there. I would criticize the university and its lawyers for trying to rely on a meaningless formality to get thirty-three million bucks back, but relying on meaningless formalities is 40% of a lawyer's job. (The other sixty percent is evenly split between writing unnecessarily aggressive letters and frantically searching for a way out of student debt other than death.)

What do the Cowboys do now? Turn to the internet of course, where all great MAKE MONEY WORK FROM HOME $5000 A WEEK NO DIPLOMA NEEDED FREE CASH NOW originates.