YOUR NCAA BRACKET, THE FOOTBALL WAY

Share All sharing options for: YOUR NCAA BRACKET, THE FOOTBALL WAY

There are a lot of ways to approach picking your bracket in what I'm sure is a legal and non-gambling related office pool where the winner gets four hundred "honor points." You might look, for instance, at RPI, which is something about Ryan Phillippe's Industriousness, I think. Maybe you focus on conference strength to see who's been tested enough in January and February to be ready for March. Perhaps you just make your picks based on which team looks like it has the right chemistry. 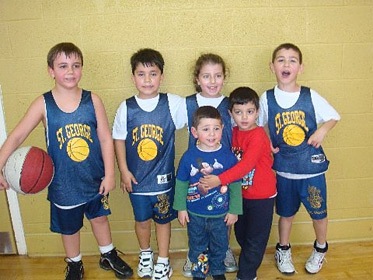 (This is definitely Long Beach State or Vermont.)

But we have a better plan - pick winners based on who has the superior football team, because OH GOD WHERE ARE YOU FOOTBALL! Follow the plan we've laid out below and you'll be well on the way to a pocketful of honor points!

UPSET ALERT - Duke (2) vs. Lehigh (15). 3-9 is a pretty shitty football record, Blue Devils. It is especially shitty when two of those three came against Tulane and Boston College. FCS powerhouse Lehigh, on the other hand, went 11-2 and undefeated in Patriot League play, including a 37-7 pounding of Yale. If you can beat an Ivy League school by thirty, you should be able to crush a team full of Ivy rejects, no?

FINAL FOUR REPRESENTATIVE - Baylor (3). The Bears benefit from a very easy draw, only having to beat South Dakota State, Colorado, Notre Dame, and Iowa State to advance to New Orleans. Am I mad I didn't get to watch Robert Griffin III shred the Notre Dame defense? No, because I got to see Denard Robinson do it, who is basically Robert Griffin III without full command of the nerves in his passing arm.

INTRIGUING MATCHUP - Louisville (4) vs. Davidson (13). Davidson's first two football victories in 2011 came against Lenoir-Rhyne and Johnson Smith, which I'm pretty sure are vineyards and not colleges at all. I would watch this game just to see how angry Charlie Strong would get when Louisville falls behind by ten points early and then muffs a punt return. 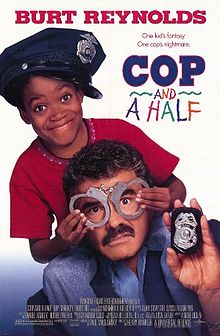 FINAL FOUR REPRESENTATIVE - Michigan State (1). A matchup with Missouri is cause for some concern until someone who is definitely not Mark Dantonio has an Arizona state trooper deport Gary "El Borracho" Pinkel.

INTRIGUING MATCHUP - Vanderbilt (5) vs. Harvard (12). Harvard's was one of the better Ivy football teams, but James Franklin has done impressive work making Vanderbilt competitive in the SEC. This game is our intriguing matchup not for the football but because we wonder how many Harvard alums Franklin will successfully punch in the head before being subdued. Prediction: takes down Ban Ki-Moon, Ursula Le Guin, and John Lithgow before he is overwhelmed by Marv Levy and the ghost of J. Robert Oppenheimer.

UPSET ALERT - Gonzaga (7) vs. West Virginia (10). It's been over sixty years since Gonzaga athletics included a football team, but the Mountaineers will still only put up 68 points in this one, as the band spells out "Abo Swinney" during halftime.

FINAL FOUR REPRESENTATIVE - Ohio State (2) Whoops! Almost forgot about that pesky NCAA ruling. Just remember what Tennyson said: "Tis better to have played the Gator Bowl and lost / Than wait no are you crazy it's fucking JACKSONVILLE."

INTRIGUING MATCHUP - San Diego State (6) vs. North Carolina State (11). Though they both finished 8-5, I would probably go with NC State here. I cannot put this in the Upset Alert category, however, because, as you can see below, that is not one of the emotions programmed into the E-Z Tom O'Brien 200. 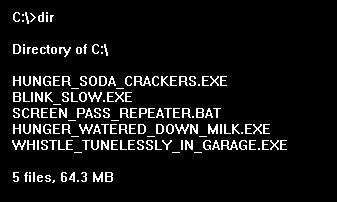 UPSET ALERT - Temple (5) vs. The Combined Rosters of Cal and South Florida (12). DO YOU THINK STEVE ADDAZIO IS AFRAID TO PLAY TWO TEAMS AT ONCE HE IS NOT YOU GO RIGHT AHEAD AND PUT TWENTY TWO DEFENDERS ON THE FIELD WE ARE RUNNING THE BALL AND WE ARE RUNNING IT AGAIN STEVE ADDAZIO WASNT SCARED WHEN THE OTHER KIDS BET HIM HE WOULDN'T JUMP OUT IN FRONT OF A SCHOOL BUS AND HE IS NOT SCARED NOW