THE MANY CONTROVERSIES OF CRAIG JAMES

Share All sharing options for: THE MANY CONTROVERSIES OF CRAIG JAMES

Despite a long, successful, and totally blemish-free career in football and broadcasting, Craig James has found politics to be a bit more challenging. Yes, even the man we all thought untouchable by controversy now finds himself under attack for some of his more controversial viewpoints. In the interest of helping the soon-to-be Senator get out in front of the story, Luke and I have decided to unveil all of the candidate's most hot-button stances so that we, the voters, can appreciate him for the man of principle he really is. 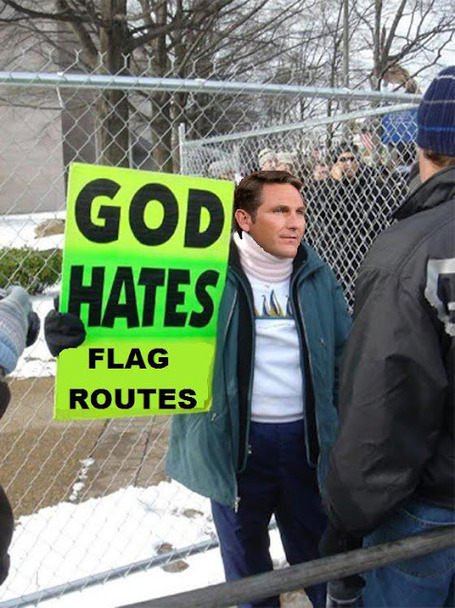 Craig James swims in basketball shorts with no underwear on.

Craig James thinks putting ketchup on your eggs is gross. He prefers a watery paste made of mustard, tapioca pudding, and Cran-Grape.

According to Craig James, we should stop giving special benefits to Native Americans because those guys were here for years and couldn't even bother to invent television.

Craig James supports the euthanizing of horses who have sustained serious injuries. Or minor injuries. Or seem injury-prone. Basically Craig James will kill any horse if you ask him.

Craig James believes in the right to full frontal tire ironing. Don't ask; it's a procedure designed to respect the sanctity of life.

Craig James keeps his shoes on no matter what the practice is in your house. This isn't Korea, dammit, and it never will be on his watch.

Craig James promises to deport every purple monkey dishwasher he can find. They're neither people, nor legal immigrants, nor an acceptable pantone.

Craig James supports open mouth kissing in public, but only if it's your mother and only if it's her birthday.

Craig James supports banning the importation and sale of kimchi. We shouldn't support caramelizing the entrails of a dead, oppressive dictator, much less eating them.

Things schools will not teach our children under Craig James: sex education, evolution, driver's ed, what an asymptote is, limericks, how to cook anything other than a Hungry Man dinner.

Craig James believes what you do in your home is your business. He also believes home is where the heart is so if you want to start digging up the parking lot of that new grocery store he's going to need to see a warrant.

Craig James supports DDT. "You down with DDT, yeah, you know me."

Abuse of bath salts is something Craig James takes very seriously, which is why his daily routine only involves application of deodorant and a brief splash of water to the face and taint.

Craig James beat the fear of germs into Howie Mandel after having his entire world view crash down all around him after learning he was the voice of Bobby in Bobby's World.

Women didn't drive cars in the Bible, and they won't do it in America if you elect Craig James.