Share All sharing options for: ANDREW JACKSON SOLVES EVERY PROBLEM IN COLLEGE FOOTBALL

Andrew Jackson, seventh President of the United States, celebrates this Presidents' Day by fixing everything currently wrong with college football. 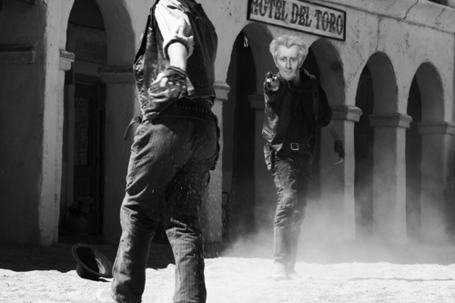 UPON THE ISSUE OF SCHOLARSHIP LIMITATIONS

Money shall not be provided for services but those rendered in service of the school and its sponsoring house of worship. If the school lacks a house of worship it should be burned to the ground and those responsible shot but preferably clobbered with a musket's unclean butt-end until they do not move.

UPON THE ISSUE OF OVERSIGNING

Commerce is the lifeblood of this nation. Limiting it by any means whatsoever is to choke the life from its limbs and forestall the growth of her body political. And by God, so help me, if any of you attempt to tell any coach what he can or cannot do with the resources God granted him to create a football team, I will walk in that room and choke you with the nearest length of pig's intestine.

I do not think you fully understand me on this issue. I want to do this so very badly. Please, please, please say something about oversigning, and I will march to whatever godforsaken crabapple orchard you call home, burn its limbs with the most aromatic of kerosenes, and watch you wriggle like a catfish stranded on the bank as I sign the transfer papers from this earth to the fiery valleys of the hell you so richly deserve.

Nothing would give Andrew Jackson greater pleasure. Please do this. The hands of a President quake with lust for this. 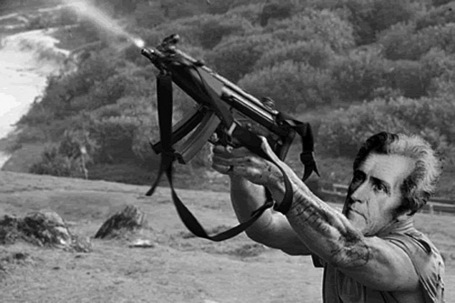 DOES HEAD TRAUMA AS A RESULT OF PLAYING COLLEGE FOOTBALL SPELL DOOM FOR THE SPORT AS A WHOLE?

Head trauma is a myth perpetuated by the lily-wearing scuttlerats of the legal profession. Five times and twenty was I knocked out in combat and other sportsmanships in North Carolina. None did anything but toughen the skull and instill iron in my spirit. Those men are all dead. Some in the dead of night, others in broad daylight. Some spent their days farming, while others were roustabouts of little import to the grand fabric of our nation.

They all died afraid and by my calloused murder-hands.

Remember this citizen. All quaked before the awesome killing power of your President Andrew Jackson. I will kill everyone of you to show you this lesson if necessary. It would be Andrew Jackson's greatest pleasure, especially if he were allowed to do so at his leisure while his wife stared in adoration from her special chair. The bonds are to keep her safe; the fine silk tied around her mouth, to stifle the screams of delight my mere presence elicits in her soul.

Rachel! Silence, please. I love you so dearly too, but I am the Shadow of God on this earth, and this bumptious Marylander's neck is wriggling something powerful beneath my hands. He is rumored to have spoken your name. Coffee and hamhocks, Marshall! Now! This does work up an appetite.

Oh, your question. Those claiming head trauma should be killed and their names published in the pages of Andrew Jackson's Quarterly Annals Of Those Whom I Have Murdered For Sport, And Also For The Good Of Our Dear Union, But Mostly For The Sweet Release Only Just Murder Provides The Godly Man.

WHAT SHOULD BE DONE TO DISCIPLINE PLAYERS?

Discipline is the necessary bound of personal freedom. To instill this begin with the Word. Then proceed to an education of the power of the state and then by extension its bound union the United States of America. This should suffice in the virtuous and fearful.

If this does not work the stiffer measures may be employed. Send an entire battalion of the United States Army to kill everyone known by the person or their family. Then send the survivors to Oklahoma on foot in winter. Save the person for the President who shall personally dispatch him by beating him to death with his cane slowly while He curses the Bank of America and France. This process will take many painful hours and be performed on the front porch of the White House.

Sandwiches will be provided for spectators and festivity will be made of this insurrection.

IF THE PLAYERS ARE ALREADY IN OKLAHOMA---

Hell cannot punish those already locked within its fiery borders.

God as Andrew Jackson's trembling witness, I want to kill you just for asking that. I want to kill you with a lust St. Augustine would describe as shameful and wanton. My hands tremble! I'd swear your name was Henry Clay. Can I pretend you are Henry Clay? Oh nothing would give me greater pleasure. I may make you wear a Henry Clay mask. I have one just for these special occasions. It is my second favorite thing.

I would do it with my tamping-iron "Alcebiades" who did singlehandedly kill every inhabitant of Freemont, North Carolina. I would have nothing to do with the eighth grade, and I told the good people of Freemont this but listening is sometimes only cultivated from a crop of the freshly educated. Isn't that right, Professor Alcibiades?

SHOULD COLLEGE FOOTBALL DETERMINE A CHAMPION BY A PLAYOFF?

Merit underpins all we accomplish as Americans. Unlike those of the Old Country all we earn is ours. We strangle it from the wriggling body of the savage; we carve it from the dull hillsides with our spade-knives. We place the rough elements of life into the slaughterhouse of our imagination. The sausage of the morning table is made from the slaughter of the evening.

The blood flows into the gutters. Insects feed on it. The birds eat the insects. The birds fall from the buckshot of my gun. The gun brings the gutter full circle into the frying pan. Its entrails foretell a future of blood and pain and agony and Andrew Jackson standing atop a pile of skulls playing a banjo made from the skin of my enemies. The call of the banjo raises the dead like the Horn of Gabriel---

UMMMM BUT SHOULD COLLEGE FOOTBALL DETERMINE A CHAMPION BY A PLAYOFF?

--I do wander and offer apologies. Each by their merit of course. The muddy boots of a Tennessee hill-person soiled the carpets of the White House. So must any seat of power be open to a raid by the unruly but able. Skulls. Oh, sweet mute skulls. 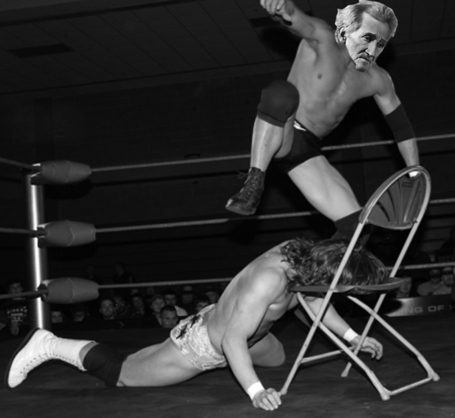 Andrew Jackson was our seventh President. He is right behind you with a length of baling wire and smiling.