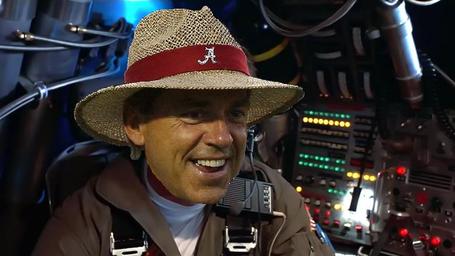 Sleep? That comes in at number 476 on my list of Things I Do Not Have Time For, right between Canned Food Drives and Sitting Down To Poop. Quit hitting that alarm, son - the music's coming from inside you. That ain't some damn metaphor either (number 283 on the list).

That's right! I want you at Alabama so bad I personally entered your bloodstream while you slept. Congratulations, kid. Your body is now 65% oxygen, 18% carbon, 10% hydrogen, and the rest is PURE GODDAMNED CHAMPIONSHIP EXCELLENCE. 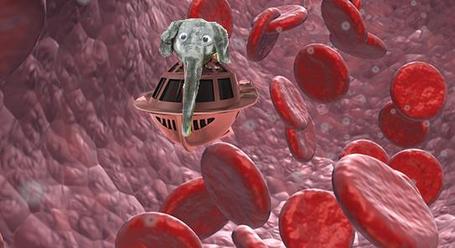 Of course, due to recruiting limits, I'll need to do a full inspection of your vital organs to determine just how much of you will be receiving an offer. Last week I got a soft commit from a four star tight end's left arm and a Top 100 cornerback's thyroids and skin. Know what that counts for? Bout one tenth of a scholarship. You build a rule, and Saban'll beat it - that's a promise son.

So just sit still and let me pilot the S.S. Huizenga-Bucks around for a little inspection. Lymphatic system looks good. Small intestine checks out, too. Did you know Greg McElroy didn't even have one? Just a mile and a half of shiny brown hair leading right into his cecum. Well, half of these veins are useless. Can't say I think much of your thoracic vertebrae either. And, if I'm being honest, you have the soft palate of a benchwarmer for Minnesota.

Alright, let's just run this through the computer... 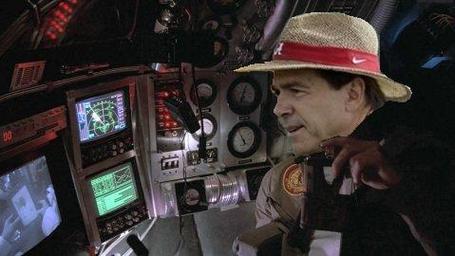 32% of a scholarship. I can live with that! You're gonna be part of something great, son. We're gonna take your elite tissues, combine them with other top quality organs and cells, all guided by the Saban System: Zero Defects. Boys in the lab are gonna build me a SUPER RECRUIT. He's gonna hang fifty on Auburn, and I will name him Scarhawk.