NICK FLORENCE HAS SUCH A BEAUTIFUL SINGING VOICE

THE DOG DAYS ARE OVER, BAYLOR. 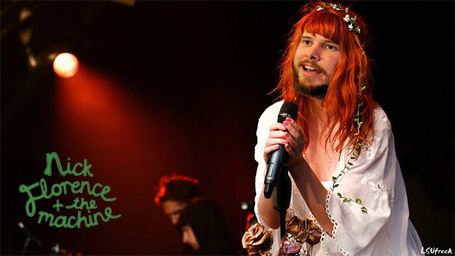 The marvelous machine that is the Baylor offense went unusually cudgel-heavy last night, but when UCLA says it won't defend the hammer, well, then you keep using the hammer to the tune of 306 yards, a blowout victory in the Holiday Bowl, and...happy? Baylor fans dealing with the notion of a consistent happiness? It is weird, but it is 2012 for another three days, and you'll just have to deal with that.

HAI GUIZE. At Bruins Nation it's not pretty. Perhaps you should just towel off and take a few days away from football. This ref is doing just that, and feels just fantastic.

Holiday sassy, that ass is. Bill C wraps up the rest of the games here, including Duke's suicide-inducing collapse late against Cincinnati and their five-man coaching staff.

SHREEEEEEEEVEPORT. We have the Independence, Russell Athletic, and Meineke Bowls today, with podcasts a-comin'. You didn't need to work anyway, and ESPN3, this website, and Twitter are happy to help you not do that.

DABO IS IN COW JAIL. Cow jail has very specific rules, and Dabo Swinney needs to learn them.

THE PIRATE SAILS HOME. Most of the internet was like WHOA MIKE SWING THAT SWORD, but let us tell you that seriously, Mike Leach is probably talking about Geronimo or vikings to this woman, and she is very, very bored because most people don't like talking about vikings and Geronimo as much as Mike Leach does. We will also say this: Leach probably stayed up until 5 in the morning just walking around Key West thinking, "Oh, that's a nice house."

HOMER SMITH, Y'ALL. The option never dies, it just mutates, says dude who was way smarter than any of us.

ETC: It's just a variation on Happy Fun Ball, but we're okay with that. The William Shatner Kung Fu School would be something we would be very interested in attending.