NOTRE DAME AND ALABAMA WILL LET THIS GET OUT OF CONTROL. WE'RE HERE TO ASSIST IN THAT

Share All sharing options for: LET THE T-SHIRT WARS BEGIN

You know this is already going to spiral out of control for one reason: Alabama fans are involved, and when Alabama fans get involved the very standards of human decency are the first thing out the window, and we don't mean in that cute, profane LSU-fan kind of way where they call you a motherfucker in the parking lot and pour beer on your car hood.

No, we mean the kind of behavior that gets your brakes cut in the night, aka the way Alabama in general sort of does things when hostilities escalate between the Yellowhammer State and anyone who crosses it. That's why we're going to reply for you, Alabama. The following t-shirts are way cheaper than a defense attorney, and far better than anything Notre Dame fans will think up because Notre Dame fans disdain t-shirt replies for many reasons.

One of those reasons is totally legitimate. 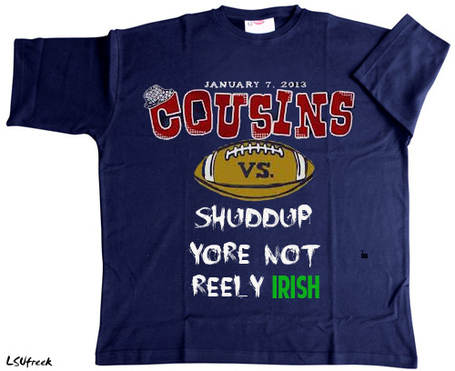 Well, you're probably not. But that's okay, since rooting for things based on your ethnicity is really cool! 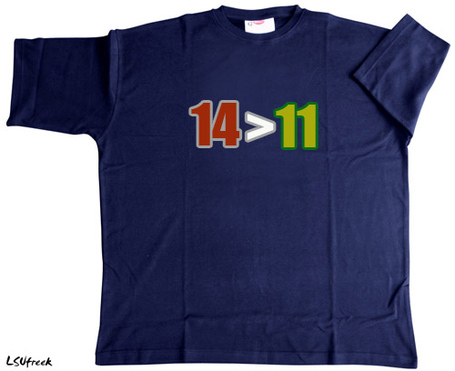 WHY'S THAT ELEVEN EATIN' THE 14 PAUL? NUMBER ON NUMBER CANNIBALISM IS LIMITED TO SEVEN'S INFAMOUS CONSUMPTION OF NINE, PAWWWWWLLL!!!! 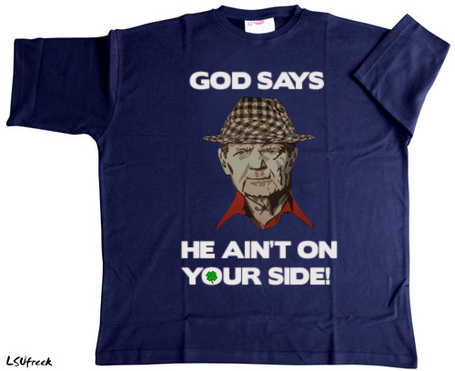 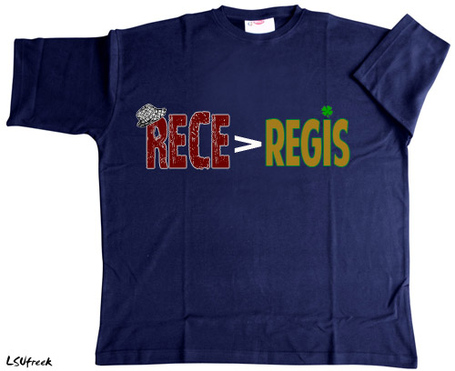 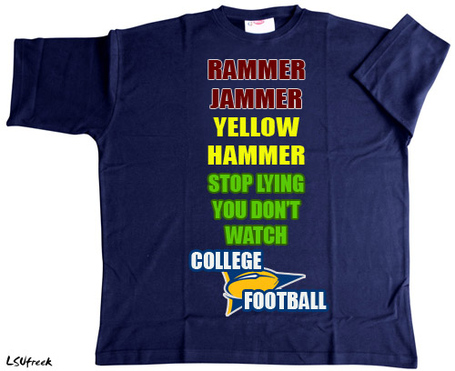 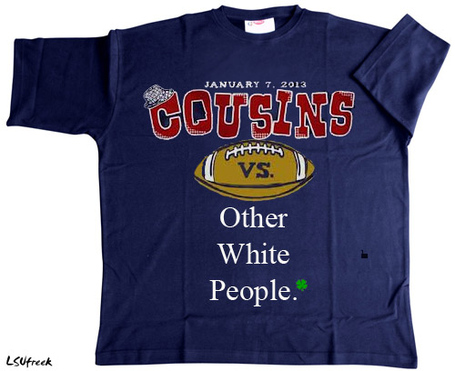