THE CURIOUS INDEX SAYS PLEASE PUT ALL YOUR PRESEASON CHAMPIONSHIPS IN THIS BAG.

HE LEFT WITH A BAG OF NFL FIRST ROUND DRAFT PICKS THAT HE WILL TURN INTO SEVENTH ROUND STEALS. 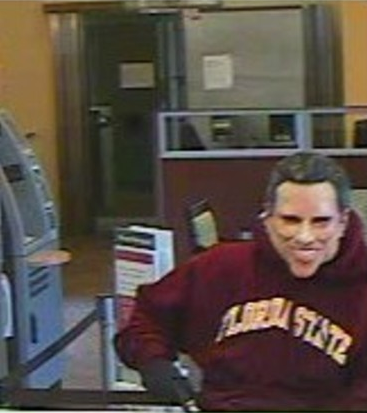 We'd like to thank this man for making our world just that much brighter today, and also for robbing a bank wearing a Mitt Romney mask and Florida State sweatshirt. Remember the downside: that expectations for a robbery committed while wearing a Florida State mask start really high, and then you're caught on the way out when you trip over a tensabarrier or NC State. (Same thing.)

BUTCH WORKS FAST. This was likely in the works prior to him coming on board, but as college football's foremost hipster, leave it to Butch Jones to get on rebranding and making Tennessee "relevant" as quickly as possible. (If only in the helmet game at first.) We like them, but unlike Tennessee fans we generally like new things. <-----UPDATE: They're fake. Still cool, but fake.

HE GONE. Gio Bernard, UNC's outstanding running back, has declined the services of UNC's crack academic support team and will be headed to the NFL Draft.

35 FOR 35 RETURNS TODAY. No really, we're doing them again for some reason, but in the meantime here's Bill C on le potato bowl.

WE PREFER "DIVISION ONE" AND "DIVISION TWO." The Big Ten wants your opinion, or doesn't. The "inner" and "outer" divisions are the stupidest things we've seen since someone decided to name divisions after Leaders and Legends. Never, ever let Jim Delany name anything, since he was probably one of those Romans who just named their children "first, second, or third" because CREATIVITY.

ETC: Texas Monthly's Bum Steer Of The Year is one of our favorite annual awards. DAN IS ON FIRE AND YOU CANNOT STOP HIM. Mark Rippetoe talking about conditioning being a total lie is always delightful. Don't read this or you will get very, very depressed in the most first world problem way imaginable.