Share All sharing options for: MASCOT BUFFET: LEAST TO MOST EDIBLE, 82-62

We continue ranking every mascot by its innate edibility. Part one is here, part two is here, and this now gets kind of plausible now that we're moving past eating people and fictional creatures.

82. Duke Blue Devil. Did you know the Blue Devil name is actually based on a French military unit? Which now explains almost everything ever about Duke football and flopping by their basketball team?

81. Purdue Boilermaker. We don't know what Purdue Pete actually is, but it tastes like boredom and terror.

80. Ohio State Buckeye. Foul-tasting, but largely harmless if you soak them in water for 35-45 days before consuming (preferably in bowls.)

79. Western Kentucky Hilltopper. Assume a consistency like that of fake bacon dog treats, and a similar flavor.

78. Arizona State Sun Devil. Fictional meat, but one we'll guess reeks of brimstone, chipotle peppers, and--ooh!--is that a hint of Astroglide we detect there? Yes, yes it is.

77. Utah Ute. What is a "ute," you ask, Fred Gwynne? We do not know, but it tastes sort of like grilled cheese and cured my gout.

76. TCU Horned Frogs. The effect of Horned Frog consumption are believed to be similar to those of mild poisoning; the stimulation, which begins with mild hallucination and euphoria, has an onset effect of minutes and lasts in upwards of a few hours. There have been reported cases of human death as a result of exposure to the toxin in the frog's skin; just about all of them were called pussies by Casey Paschal in the EROWID comment section. Flavor profile: chicken.

75. Cincinnati Bearcat. The Chinese consider it a delicacy, so somewhere between 1-124 seems about right.

74. Ohio Bobcat. Tough, with a bitter metallic aftertaste and a digestive experience that will leave you thinking "Maybe trying to eat a piece of construction equipment wasn't the best plan."

73. Texas State Bobcat. Same flavor profile, but with a with hint of mesquite.

72. South Alabama Jaguar. You thought you were ordering exotic jungle cat. Alas, here you sit, staring at a plate of boiled beets spelling out "MARK BRUNELL." (Your credit score goes down 80 points.)

71. Houston Cougar. OH MY GOD YOU HAVE KILLED AN ATTRACTIVE MIDDLE-AGED WOMAN AND EATEN HER GO RUN FLEE NOW I DON'T WANT TO KNOW MORE I DON'T NEED AIDING AND ABETTING JUST SHUT UP AND GOOOOO---

70. Washington State Cougars. Marquess Wilson is in tears because you asked him to hold his fork like a grown up.

68. New Mexico Lobos. Lobos is spanish for house cat. My friend and native speaker Bob Davie taught me that. He also claims they are delicious. 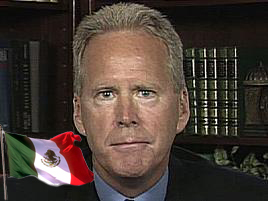 66. Rice Owl. "I don't understand. This is a bunch of basmati glued to an owl figurine used to scare birds off your dock. Is this even edible." "It's either that or watch college baseball."

65. Kentucky Wildcat. Deep fried cat that died of lung cancer after smoking its entire life. (The savor is in the tumors!)

62. Northwestern Wildcat. Costs forty fucking grand a year, so it better taste better than other wildcats.