EDSBSGPS: WHERE T'INTERNET AT, WEEK 11

Where Chizik is Life, and Life is Chizik.

Share All sharing options for: EDSBSGPS: WHERE T'INTERNET AT, WEEK 11

Lol! Hush. RT "@edsbs: I'm so disappointed in David Petraeus, unless the affair was w/ @jackeeharry. Then I'm envious of him! #Operation227"

LUKE (DC = DEWAR'S COMA): Partying too hard means paying the price, so Luke's going to take it easy this week and watch Purdue/Iowa, Minnesota/Illinois, Notre Dame/BC, and no late game I meant it mister. Lots of fluids and bland offenses and you're going to feel fine by Monday. 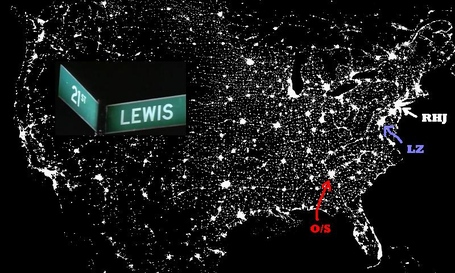 Tomorrow is Warren G's 42nd birthday and, in accordance with international law, he is allowed to regulate any stealing of his property without interference from law enforcement. Attempt to take his rings or his Rolex and you will be dealt with most severely by the Ever-Living Spirit of Nathaniel Dogg. Better that you stay out of his way, choosing from one or more college football games rather than face the sixteen in the clip and one in the hole.