SCIENCE CALLS FOR FLORIDA STATE TO LOSE, BECAUSE SCIENCE

Nebulous Statistical Comparisons of Dubious Validity: As we mentioned in the Alphabetical today, one weak spot of the Virginia Tech statistical profile has been the tendency to give up very long runs of the sort that make Bud Foster think about opening up his lunchbox. Bud Foster's lunchbox contains a vial of pure aerosolized monkey herpes, and he motivates his teams to great heights with the threat of its release.

Unfortunately for them, Florida State is not only a top ten team in rushing offense, and has also had 31 runs of twenty yards or longer on the season. Someone's getting aerosolized monkey herpes in the face, and Bud Foster told you this would happen, so it's not his fault, is it?

Florida State also hasn't forced many INTs this year, but Logan Thomas already has 12 on the year to 13 TDs against defenses nowhere near as fast as Florida State's. The only solution: throw passes so slow the rabbit-heeled Seminoles run past them.

We've said it before: if Logan Thomas has the knuckleball going, he's damn near unstoppable.

Mascot: For the second week in a row BonerTurkey makes his appearance in the Factor Five, and we've shared our reservations about him, particularly his lack of gym etiquette and poor benching form. He's a turkey, and even though Virginia Tech did at one point have a "turkey wrangler," we simply can't get that excited about a bird, any bird, at any time. 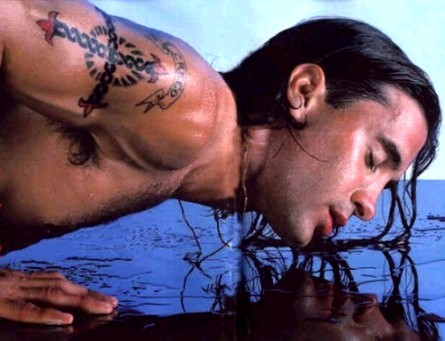 Aura: It is Lane Stadium at night, and that means "Enter Sandman," drunken people in hunting gear, and brown liquor and turkey legs all over the place. But consider this as being more important than anything: it will be cold as hell tonight, getting down into the thirties during the game. Floridians shatter in temperatures below 40 degrees, and that meant we went looking for that scene in Jason X where he freezes a woman's face in liquid nitrogen, and then smashes her into a counter. This is what we found.

That's nothing like what we were looking for, but it made your life better nonetheless.

Gelnn Hall (that's how they spell it on the official site)

Grudges/Scores to Settle/Sheer Cussedness: Virginia Tech is 4-5, pissed off, and has nothing to lose. They also have Bud Foster waving around that terrifying viral lunchpail at them.

SUMMARY: 3-2, VIRGINIA TECH, YOU'VE BEEN FACTOR'D! Maybe Jimbo will fall onto his knees like he did at the end of the Virginia game last year. Boy, that was a delight. Then, if they win, Bud Foster will literally consume an entire keg of beer and go sledgehammer down a local dam for the hell of it because he's never liked the disrespectful way they look at him. Plus rivers, like Bud Foster, are wild and free, and need to be allowed to flow downhill to sea like they ought to.