LET'S JUST NOT TALK ABOUT THIS GAME EVER

1. I couldn't watch this live thanks to a shoot we had to do in Athens. At one point, with the cellphone network already jammed and starved for updates, I found a tailgate of Georgia fans calmly watching the game at the exact moment Mizzou nearly gave up a safety according to the officials. (It was a safety. Officials, if you don't know, are allergic to calling all but the most obvious two-point plays.) The officials reviewed it, and when the ruling on the field stood--no safety--I did this. 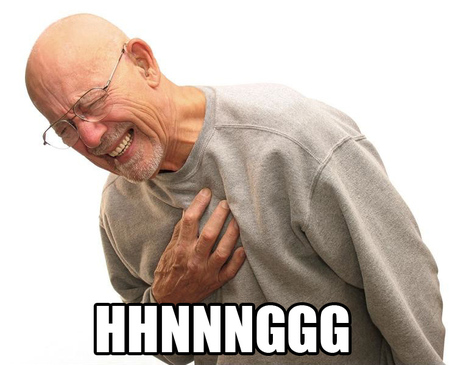 2. Patton Oswalt's "The Magician" details Oswalt being screwed out of money by a club manager, and then watching the main act (also cheated by the manager) tank his comedy magic act over the grand sum of five dollars. Inky black comedy follows, but Oswalt goes through with his act because, in his words, "I NEED that twenty dollars."

3. If you have never listened to it, you should, because more than anything else I have ever heard it captures the exact moment when, having hit rock bottom, you adapt and learn to skitter along sideways like a crab on the seafloor of life. The other piece of art that comes close: the episode of Breaking Bad where Walt goes utterly around the bend, "Crawlspace." You can say a lot of things about Walt, but you can't say the man didn't fucking evolve.

4. Anyway, I was in because we needed those two points, and suffering a minor heart attack because without them Florida would have had zero on the scoreboard, the exact sum they did carry over into halftime and well into the third quarter. Florida scored fourteen points at home against a team that allowed 19 to Vanderbilt. Florida got 11 first downs on the day against the Mizzou defense, only got 75 yards for Gillislee on the ground, and allowed unblocked Mizzou linemen to bore in on Driskel all day. In a season loaded with offensive atrocity, this was clearly Florida's second-best attempt to devolve into an overequipped rugby team.

5. I didn't know this at the time, of course. The eerie sense of calm despite all numerical evidence to the contrary crept over me, and at one point in the shoot someone told me that Florida had not only tied it up, but had won 14-7. Sounds like it was ugly, but whatever. I have "no one said victory had to be pretty" tattooed on the inside of my eyelids, and have since the Texas A&M game.

6. Then I watched it in full yesterday, expecting rage spasms, false heart attacks, perhaps a frisson of a real heart attack, and then the usual agonies following a three hour dose of Will Muschamp football. This happened instead:

Perhaps I'm just over the concept that this team of adolescent pain junkies should be overwhelming anyone with anything right now in any fashion. Maybe I remember last year all too well, the year when we were Missouri: injury-wracked, incapable of catching a single positive bounce of the ball, and losing games by both painfully large and excruciatingly small margins. Maybe the levels of sheer fuck-it-all in my bloodstream are so high that the notion of complaining about a win, any win, in the year 2012 seems like pure toddler-wail.

7. Do not confuse this for pleasure. Watching this game, even with the benefit of a fast-forward button, was sandpaper for the eyes. The offensive line had problems with basic assignments to a degree that should horrify coaches watching any game tape with the timestamp beginning with "November." Missed tackles were an issue on defense, something else that hasn't been true all season long. Ghastly, abhorrent, just plain shitty, soul-scalding, shambolic football at every turn. If you get the urge to watch this game again, ever, you have reached the end of your mind. Please turn around and go back the other way before you do harm to yourself.

8. Were it not for James Franklin throwing four INTs, including the final merciful game-killing strike to Josh Evans in the endzone, Florida would have lost. And this exact point is where we remind you that football is hard and involves hard questions with no real good answers.

9. For instance: David Yost, Missouri offensive coordinator and hair tragedian, called a brilliant game by the numbers and game tape. 23 first downs, over 300 yards of offense against a vicious defense on the road, and open running lanes and receivers all over the place. By design, it was quality work.

10. By execution it was a nightmare, and not entirely due to the incompetence of one player, person, or entity. James Franklin wildly overthrew receivers all day not because of an innate inaccuracy, but because Franklin had difficulty planting on his injured leg, thus causing balls to sail on him when he didn't follow through all the way. Well then, start Corbin Berkstresser, genius? Sure, and take away the better run threat, i.e. the one who opens up those running lanes on the zone read. Even with the bad knee? Yes, even with the bad knee.

11. The point is that sometimes there are no great choices, only choices where you mitigate bad circumstances with the least bad decision possible. That's not what you want things to be: you want options, and the depth that preparation and recruiting gives you, and for all that preparation to pan out into a seamless gameday mushroom cloud obliterating your opponent. What you want is Oregon's offense on Saturday, where you run stretch runs all day and let your beautiful killing machine do the work flawlessly.

12. What you sometimes get is the Oregon defense this past Saturday, or "making it work and emerging from the fight covered in what you think is mostly the other guy's blood." (Mostly.) It was hideous, and it was awful, and let's never talk about it again except as a footnote to going 7-1 in the SEC. We really needed that $20, and we got that $20. That's what the non-headliners do: take what they can get, and move on to the next gig.