MITCH BARNHART IS SO EMOTIONAL OVER FIRING JOKER PHILLIPS 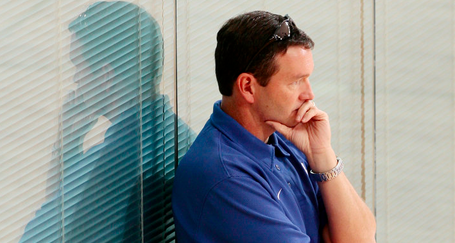 There's not much to say about Joker Phillips getting fired. The wheels came off with an audible pop at one clear point: the opening game against WKU in 2011, when Morgan Newton self-sacked himself, our seventh President dissed Kentucky live on national television, and suddenly the creeping sensation that Kentucky had suddenly forgotten how to play football took hold for the duration.

That team still beat a Derek Dooley-coached Tennessee team to finish the year. The Pinewood Derby in the SEC East is run with at least three coaches pushing things that are not even cars down the ramp. Derek Dooley is using a shoe-skate. It made weight, and dammit, it'll do just fine.

We do need to point out Mitch Barnhart's picture he included with his letter on the Kentucky athletics site. This is clearly his emo shot, stolen straight from his Tumblr page. There is a shot of a skinny woman posing with Steve Aoki below it on the timeline, and then an embedded Grizzly Bear track below that with "song 4 lonely nights" typed below it. It has autoplay music, and a Terry Richardson photo of John Calipari posing with Terry's molester glasses on and smiling.

this is the worst day

is the only thing i have

to show how much i hurt

all over my body and heart

but especially from my right side

the side i look better from in photos

(my sunglasses are also up on my head

because i want you to see my eyes

sincere moments are hard to have

when you have sunglasses on

because joker is a bro 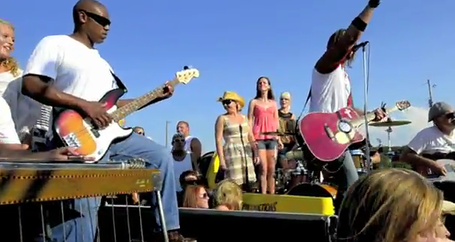 put my shades down

talk to a new bro

a bro with a foot fetish

on my emotional photo 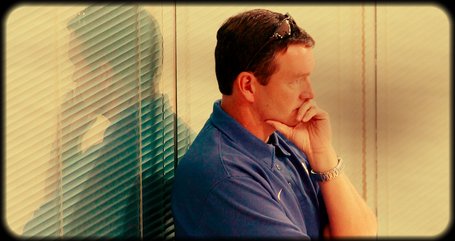