And defense shall have no dominion.
No more may safeties cry at their ears
Or pass protections break on the seashores;
Where ran a blitzer may blitz no more.

I don't think anyone expected Tennessee's defense to really stifle Kentucky's offense, because at this point the Volunteer defense couldn't shut down Windows 95. So a Spike Factor of 34%, Kentucky's second-best effort in conference play this year, is cause for neither celebration nor disappointment. Let's just focus on how new coach Mark Stoops will revamp that Wildcat defense, giving the offense more opportunities next year to fail repeatedly!

Florida, meanwhile, faced what might be the GREATEST SEMINOLE DEFENSE OF ALL TIME IT WILL PROBABLY ALLOW NEGATIVE POINTS IN THE NATIONAL CHAMPIONSHIP FLORIDA STATE IS SO BACK IT'S A BROKEN RECLINER BRAH. So I'm sure the Gators got st - what's that you say? Florida only had a Spike Factor of 27%, their lowest in over a month? Only one play on the last three drives didn't generate positive yardage? Florida State is actually a credit union for unlicensed sanitation workers?

Louisville-Rutgers was SUPPOSED to be the battle of unbeatens nobody really wanted to talk about. Then the Cardinals got their heads caved in at the hands of Syracuse and the Knights decided to let Gary Nova roam free against Kent State. (Remember: Gary Nova needs boundaries to thrive, and an electric fence counts as boundaries.) Still, one loss isn't that bad, and it would be fun to throw the winner of this game into absurd games of "Who Can We Say Should Play Notre Dame That Will Antagonize SEC Fans?"

But you just had to fuck it up, didn't you two? Rutgers matched its season high Spike Factor with 45% against Pitt and didn't have a drive go longer than four plays until their NINTH. Not to be outdone, Louisville put up its worst number of the year with a 44% Spike Factor against UConn. Forty plays the Cardinals ran gained no yardage. FORTY.

We get that you're both excited to be leaving the Big East. But somebody still has to pay the tab, dammit.

HEY LOOK WE ALMOST GOT THROUGH THIS WITHOUT MENTIONING THE ACC

Can't let that happen, of course. Our runners up for this week's Tetanus Spike are Boston College (52% Spike Factor in a loss to NC State) and Virginia (51% whilst getting last-second-beat by Virginia Tech). Your punishment is to stay in the ACC and lose to New Mexico. Oh, they're not a member yet. But they will be!

MONICA DOES NOT WANT YOU TO TAKE THIS TETANUS SPIKE PERSONAL 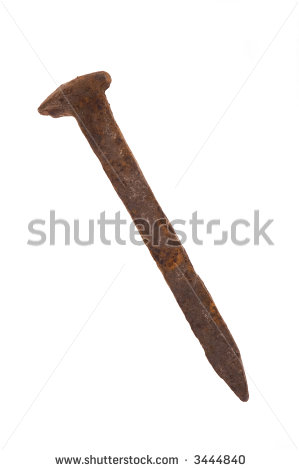 Seriously, Minnesota, this is not an attack on your character. You're bowl eligible, which is something a lot of Missouris and Utahs cannot say. But you also only ran 23 plays for positive yardage against Michigan State, and a Spike Factor of 53% cannot go unpunished. Are we also annoyed that we stayed up so late week one watching you beat UNLV in triple overtime? Who can say, really?

Next week's Spike Factor will (hopefully) contain our regular season wrap-up, complete with shame and mockery for the teams who were truly putrid from start to finish. That tingling in your loins? It's anticipation. (It also might be rubella. You should probably see a doctor.)