Don't act like you've changed, Kentucky. Sure, an 18% Spike Factor is impressive. Maybe it even suggests this team is going to put together a strong final game against Tennessee to send Joker out in style. But it's Samford. You're not fooling me, and you've got one week left to win a Tetanus Spike.

By this point, you can probably guess which teams are going to make appearances in this column. Boston College? 40% Spike Factor. Maryland? 45%, which actually isn't all that bad considering they faced Florida State's defense with a collection of temp agency hires. You get the idea. Bad offenses are still bad offenses.

Sometimes, I worry that the Spike Factor, incredibly influential statistical measure that it is, will reinforce the kind of offensive football many of us don't want to watch, the modern three yards and a cloud of dust approach that says only three things can happen when you throw the ball and even the good one feels sort of cheap and tawdry. Three runs for two yards and a punt looks better on the sheet than three incomplete passes and a punt, after all.

Take comfort in Michigan State and Tennessee - the Outback Bowl matchup we'll never get to change the channel from. The former, a team almost entirely dependent on a very talented running back that throws with the same attitude of a six year old forced to brush his teeth. The latter, an energetic and possibly drunken pass attack that doubles as a Prince cover band. (Let's Go Brayzy and Raspdooley Beret are two of their stronger songs.)
Both defeated last Saturday, but what of their Spike Factors? Nearly identical, as it turns out. The Spartans wound up with a score of 41%, slowly gathered along fifteen drives, ten of which didn't last more than five plays. And the Volunteers tallied 42%, barely staying below 50% on their final seven drives. So run whatever offense you choose. If you fail, the Spike Factor will be waiting.

A CLEVER RUNNER UP

We mocked you, Colorado, for that whole quarterback-sneak-on-first-down horseplay. But perhaps you were up to something! Perhaps, recognizing that injury and ineptitude have crippled your offense, you decided that unorthodox was the best way to avoid the Tetanus Spike. Twenty-four plays out of fifty-two is a strong showing, to be certain, but it is not award-winning. Well played, Jon Embree. Well played indeed.

EVERY DAY IN EVERY WAY, WASHINGTON STATE IS GETTING SPIKIER 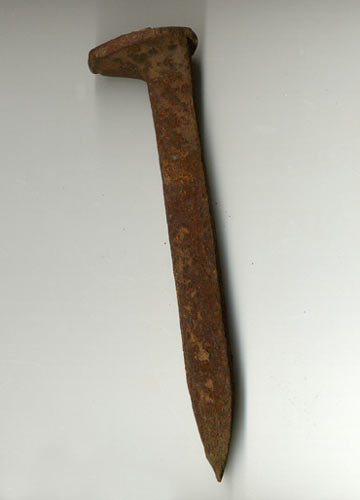 Fifty-eight percent. That's what you get when you divide 39 Spike Factor plays by 67 total plays. That also happens to be the highest Spike Factor we've recorded this season. Congratulations on this week's Tetanus Spike, Washington State. Breaking new ground should be honored whenever it occurs, even when that ground turns out to be full of raw sewage and corpses.