JON GRUDEN HAS THOUGHTS ON ARKANSAS AND TENNESSEE

Share All sharing options for: WHY OH WHY DO YOU WANT THIS MAN TO COACH YOUR TEAM 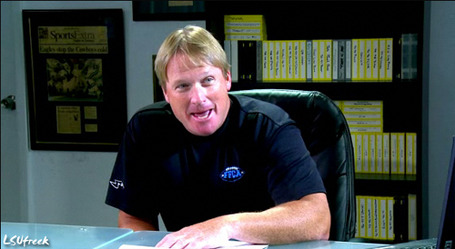 HEY. Ol' coach got a few things to look at in the film room. THIS GUY's phone has been ringing off the hook. Seems a certain old muchacho who just might favor a tanga cut in his manderpants is floating around the rumor mill a lot these days.

Check the panty lines under these khakis, ladies. It's just what coach want's you to do. Why TANGAS? Because I like my underwear just like I like my defenses: coverin' two, and funneling everything to the middle. Monte Kiffin'd make a great jock strap, and that's why I called him JOCK STRAP during our time at Tampa Bay together.

I also called him JOCK STRAP because he's got nothin' in ass-stack. One long hamstring all the way to his neck.

The attention. Pretty flattering stuff. I call that old coach BIG ME, because I'm the guy we're talkin' about, and that's always pretty big news to me. WHAT YA GOT, ARKANSAS?

Kinda looks like a postage stamp made by Salvador Dali. Don't know about that color scheme, though. Whole state looks like the SWAC threw up its uniforms on it. Didn't think the coach had SWAC knowledge, did ya? FULL OF SURPRISES.

Doubt me? I siphoned the gas out of your car this morning. Why? To motivate you. To go to the gas station and buy coach a bag of those knockoff mexican Zingers. YOU KNOW THE ONES. THE ONES WITH THE SHITTY FROSTING.

I haven't coached football since 2008.

WHOA. You know what I see when I look at this guy? This guy's got SHAPE AWARENESS. It's not perfect. I see you Stewart County. Every team has a Keyshawn Johnson and you're it. I'd cut your ass and send you to Kentucky. Don't think coach isn't above that.

But you look at the film here, and you know what I see? Real PARALLELOGRAMMALITY.

I've never been the head coach of a college football team. NO. The Raiders do not count.

SHOW ME WHAT YA GOT, ARKANSAS. 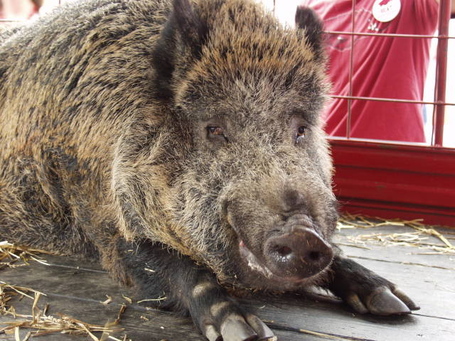 THIS GUY. Lotta power in that big ugly. LIke staring straight into Booger McFarland's grundle. Did you ever do that? I used to call Booger DON'T EVER WALK INTO THE LOCKER ROOM WHILE BOOGER MCFARLAND IS GETTING DRESSED. I didn't eat right for a month after that and every light I saw in the dark had CRAZY TRAILS coming off it.

I specialize in running the West Coast Offense, a system that has failed spectacularly at the college level because of the timing, practice, repetitions required, and skill required to run it at the NFL level. 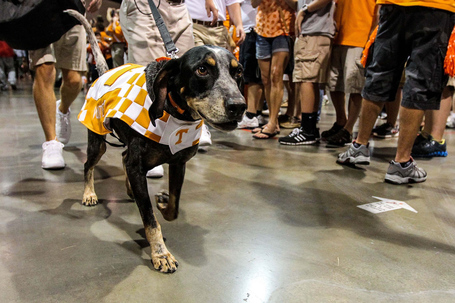 Recently torn ACL? I call this guy CUT ON THURSDAY. If THIS GUY's gonna take the job, you gotta step up the animal game, Tennessee. You know what I like in a mascot? GIANT TENTACLES and INK-SQUIRTIN'. You get a giant squid on a trailer and just wheel it out there.

Would it stink? You betcha, but we'd be the first college team to make smell a part of the homefield advantage. Okay, second if you count that bourbon-batter-sweat smell they talk about down in Baton Rouge. Pittsburgh smells like meat, but most people actually love that. Breathing the air there will make you fat! Just look at Big Ben and tell me ol' coach is lyin'.

I have never recruited in the SEC as a full-time assistant or head coach.

You know what I like about college football? OLD GUYS WHO HANG AROUND THE PROGRAM LIKE FORGOTTEN LAUNDRY. Let's see what you got there, Our-Kansas. Not my Kansas! AR-Kansas. Y'all don't even care about spelling, and I like that because it sticks it to the perfesser types. 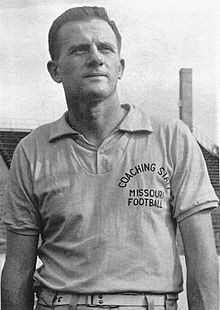 Frank Broyles. Heard he hired Houston Nutt after he lost a bet. That makes him a man of his word, so I'll call him THE BIBLE. You can put your hand on him in court and swear in Arkansas. Great state. Great people. 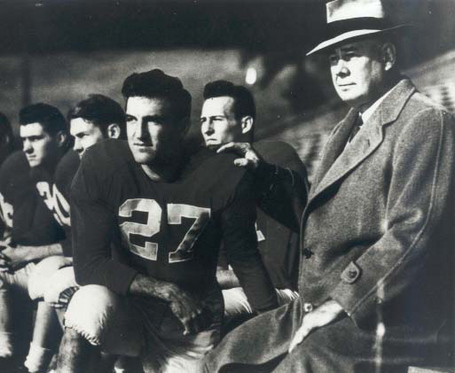 I like this guy, Neyland. Wise, authoritative, and he's found a way that you can't even question him. Death is like winning a Super Bowl every year for the rest of time; no one can take it away from you.

JUST LOOK AT HIM. He looks like he's a 1930s G-man. Just seconds away from gunning down an immigrant, homosexual, or a homosexual immigrant. That and winning football games is all you need to know about why people in Tennessee just LOVED this guy.

I make around four million dollars a year to work on television one night a week.

SHOW ME THOSE PIGSLINGIN' TYLERS. 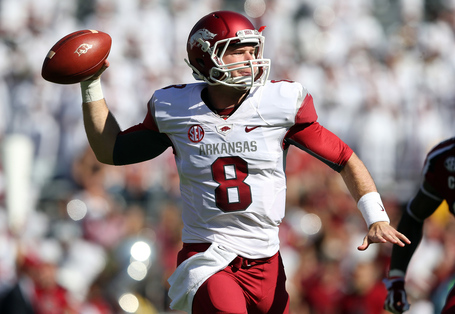 Tyler Wilson: authoritative, cocky, insubordinate, concussed. Everything you like in one of your 7 quarterbacks. 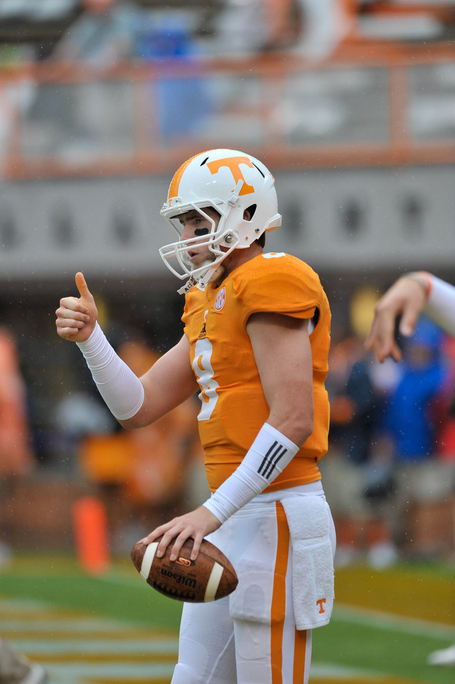 THIIIIIIIIIIIIIIIIIIIIIIIISSSSSSSSSSSSSSSSSSSSSSS GUY. WHAT a player. I don't know if he's playing football sometimes. Sometimes I think he just got lost. Walked into a room. Saw some pads and some pants and a jock and said HEY, IT'S COSTUME TIME. Then he walked out and no one stopped him and that's the guy we call TYLER BRAY.

This guy doesn't care what down it is. This guy might not even know what a down is. He might see the first down markers and think "THAT'S ONE WEIRD WAY TO MEASURE YOUR DICK BUT OKAY."

When they say he makes all the throws, no one embodies this more. All this guy does is make throws. Throws through the goalposts. Throws to receivers. Throws to DBs. Throws to his coach on the sideline. You don't think a quarterback would ever throw it into a sousaphone on the sideline just to do it? TYLER BRAY'S DONE IT.

GOD I WOULD LOVE TO BENCH HIM. I'm a little hard just thinking about rotating him and a 300 pound, diabetic Chris Simms in and out of the game on alternating snaps. That may be too personal but I'm a man of passion. These pleated khakis don't lie.

I have never coached at Arkansas, and was only a grad assistant for one year at Tennessee. I have also never evinced any real stated interest in coaching at the college level despite being an alleged candidate for so long that it is now beyond what could be considered a running gag. 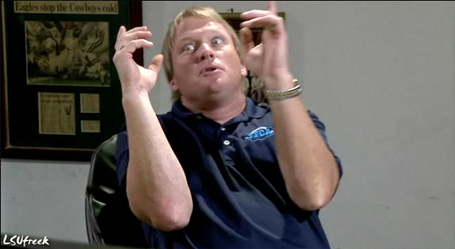 YOU KNOW MY NUMBER. LET'S MAKE SOME MEMORIES, BOYS. Side note: is every Southern football player named Tyler? If so, I'm gonna get confused quickly.