Share All sharing options for: THE BIG TEN EXPANDS: A Q&A WITH ANGERBRIAN RAGECOOK

We were unsure of what to do about Maryland and Rutgers coming to the Big Ten, so we asked someone who voluntarily watches Big Ten football all the time: Brian Cook of MGoBlog. He sounds pleased!

SH: My first question: what? And: the fuck?

Brian Cook: Jim Delany is a camel farmer who is sitting on a billion gallons of oil. He knows about camels.That is all.

SH: I understand none of this. The concept of "value added" seems utterly absent here. 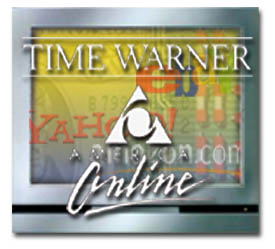 BC: I guess it's a play for television sets, as everyone who thinks more money automatically justifies any activity keeps telling me. As if I should care about television sets in Maryland funding even more unncessary spending. Northwestern--NORTHWESTERN--just announced a quarter-billion dollar athletic facilities building initiative. At some point the money went from nice to destructive, and this is the point at which money bursts through your chest.

Michigan is building a 40 million dollar indoor rowing facility. At some point they are literally going to run out of things to build, and then each incremental dollar is just another one going in the pockets of the guys running the show. At that point it takes on a very dark appearance.

SH: The part I don't understand--aside from bad football value--is the notion that this could add anything to the brand, i.e. the midwestern-ness of the whole community. There is literally nothing in my heart but despair when I imagine Maryland/Iowa playing a football game. Empty crab shells. Some burnt cornhusks.James Vandenberg on the ground in a fetal position going whyyyyyy. 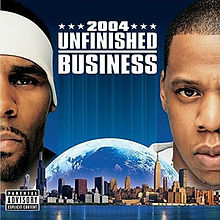 BC: Vandenberg is playing all-time QB and Kirk Ferentz tries to out-puntosaur Randy Edsall in front of 25,000 people.

SH: Like, here's the thing with expansion from the SEC angle. It half-worked, for now. A&M fits because they have this insane, colorful community that glommed on perfectly, and yet also added this television market. Mizzou, well, I think most of us are still calling it Far-Kentucky, or sub-Iowa. But for the most part, it added something, and that's—at least from the least humane, most business-type perspective—is why you expand.

Maryland and Rutgers is a horrendous International Bowl matchup.

BC: But it also took away. Cross divisional games between unprotected rivals are happening at a 33% clip. As a result you get Georgia playing none of the good teams in the other division, and a general lessening of the sense of community in the league.

SH: That hasn't been the sense I've gotten, but this is squishy and unquantifiable.

BC: The inevitable 16-team end game isn't even a conference anymore. You get one game against the other division. One!

BC:At least there's that. If there's anything good that comes out of all of this it's the reduction of bodybag games like last weekend's SEC schedule. But what does one game do? It means you play the teams in the other division once every four years, ie less often than ACC teams will play Notre Dame. I stop caring about those teams when I don't play them. Instead of having a rich history with Iowa I have a vague relationship with them.

I think we should insert "Someone I Used to Know" here.

SH: Framed against a pic of Adam Jacobi.

SH: I just don't understand the choices, because it relies on brute demographics without any real respect of what I regard as essential B1Gness, thus reducing what I know--even when we joke about it--to be a defined thing with attributes, traits, and a personality. And it's a demo that literally WILL NEVER CARE ABOUT COLLEGE FOOTBALL.

BC: They don't have to care, they just have to not watch the BTN they're paying for. For some reason. I would love to see New Jersey cable operators flat out refuse to carry the BTN.

SH: That's what I don't get. You're paying to ship food that will just rot in the warehouses. This is what you would do to float stock price just before jettisoning a company. Jim Delany can't do that—wait, he can't, right? There's not some Dubai'i sheik waiting around the corner, right? I now sort of hope there's an insane sheik waiting around the corner. I'm sorry, it may be wrong, but it's just what I want.

BC: Despite all appearances, the Big Ten is not a publicly traded company. They could hypothetically value something other than money. 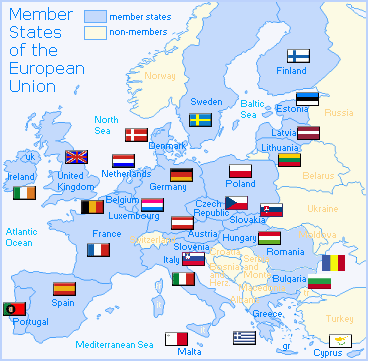 SH: I know Big Ten fans hate and despise change, but I want you to know this: as an SEC fan, I hate this for injecting your conference with historically shitty football. At least we got a dog-worshipping cult and high-grade methamphetamine.

BC: I think we were all pretty cool with Penn State and Nebraska. Those are great programs with huge, dedicated fanbases. You didn't see many fans throwing a fit during either previous expansion. This is the moment when Spilly adds the syrup to the blender.

SH: That's ironic, because that's something Paula Deen would do to rescue a hopeless formula. Decidedly un-Midwestern, which would be just putting more cheese on it.

BC: Now we just have to figure out who is the tangball on this despairwich.

SH: Can I interest you in SEC membership? It really does have its benefits. I have a pamphlet.

SH: Okay, I need a few things from you. I need you to give up the idea of academic standards, because that's what Northwestern and Vanderbilt are for.

BC: I've always hated those!

SH: Done. You will also need Waffle Houses. Do you have any already?

BC: Got one in Toledo. Also there is a Chik-Fil-A there.

SH: Can you get another one, and lock them in a hotel for a weekend? DO NOT ALLOW THE CFA AND THE WAFFLE HOUSE TO BREED. I cannot overemphasize this point. The offspring has to be killed with a sniper rifle from a great distance, and the carrion cleaned up by the EPA.

BC: I am trying to get Culver's interested in a pairing. It will either result in deep-fried cheese waffles or the irradiation of much of the Midwest.

SH: I believe, after watching Iowa play this year, that last part would be redundant.

BC: When the Mayans turn out to be right, the only survivors will be those already exposed to Greg Davis at Iowa.

BC: I am moments from pounding the keyboard randomly so hurry.

SH: Finally, I would like you to type whatever you like when I say the words, "Jim Delany, leader of legends, and legendary leader."

SH:Thank you for your time. Congratulations on your new acquisitions.

BC: I hope to be dead by this time next week.