DEEP WITHIN HIS LAIR IN CASTLE HONORROLL...

We added Nebraska. That triggered wave one of conference realignment, but it didn't take all the way - the Big 12 survived and, somehow, the Big East did, too. Of course, we expected this would be a long process. So now we make our next move: Rutgers and Maryland. That destabilizes two more conferences, and logically the ripple effect should be twice that what we saw previously.

Naturally, we have further contingency plans prepared in the event that does not achieve our ultimate goal. We're prepared to take Arizona State and Vanderbilt in three years, followed by an annexation of the state of North Carolina, and Wisconsin has indicated that they're very close to being able to reproduce via binary fission. Should we require even further action, I've built up a war chest to purchase several Italian soccer teams and the State Department has indicated they'll support a Big Ten claim to the planet Venus. Plus we can probably get Idaho.

And then we'll have done it, all right under their noses. I, Jim Delany, will have reformed...B1GGAEA. 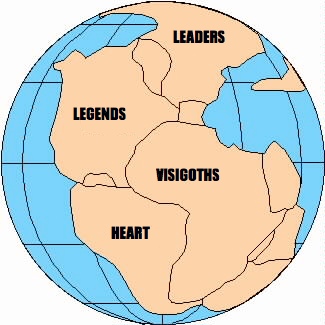