EDSBSGPS: WHERE T'INTERNET AT, WEEK 12

The EDSBS crew has been kidnapped - but where have they been taken, gumshoe?

Share All sharing options for: EDSBSGPS: WHERE T'INTERNET AT, WEEK 12 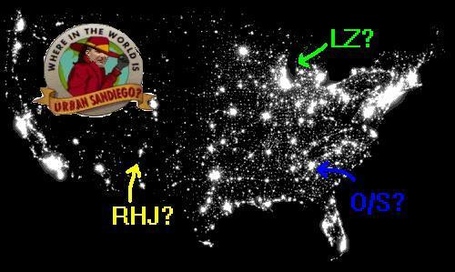 Well he sneaks around the world from Utah to Central Florida
He's been off poaching commitments from Kirk Ferentz and Hugh Freeze
When they lost his Christmas order, he bankrupted all of Borders
Tell me where in the world is Urban Sandiego?

Yes he'll ransack Michigan and run a scam against Nebraska
He'd run up the score on Clemson if he had a bowl berth
He put the miss in misdemeanor when he defrauded ole Frank Beamer
Tell me where in the world is Urban Sandiego?