Wishing every day we'd had this idea when Sly Croom was still runnin' shit.

I heard a fly buzz when I spiked;
The stillness round my form
Was like the stillness in the air
When Arkansas hired Jim Zorn.

Kentucky had an open date this week, which seems somehow unfair. Why should you get time off if you stink? Do shitty employees get the same number of vacation days as good ones? The answer is yes, and that is why this country is falling apart. Chip Kelly should get Fridays off and Joker Phillips should have to work double shifts. (It's possible I am not a business expert.) The usual Swiss cheese spreadsheet is here. We swear we're working on filling in the backlog. There's just so much more pressing work to be done improving public health via Dr. Mario.

So let's talk about that Swiss cheese and how it gets made. Ambitious Me always hopes to get the Spike Factor count for every game when this gets posted. Unfortunately, Ambitious Me usually dies in a building fire set by Typical Me, and so a certain triage has to take place.

You might think the best place to look for a high Spike Factor is a low-scoring team, but that's not always so. Auburn didn't tally a point against Georgia but went 16/49 (32%) as far as this feature is concerned. Penn State, on the other hand, put up a respectable 23 points in a close loss but goes to 40% on the Spike Factor. So the scoreboard can be a red herring! <--- Will Muschamp says this every morning in the mirror

The better approach: check the passing numbers. Iowa finishes with 17 incompletions? Indiana with 22? Temple only connects on 12 out of 32 throws? Voila - Spike Factors of 45%, 44%, and 42%, respectively. THAT'S A SPIKE-Y MEATBALL.

NUMBER TWO FOR THE WEEK, BUT THE SYSTEM IS PROBABLY BROKEN

I have never been to Blacksburg and cannot tell you if they have any interesting souvenirs for purchase. I suspect there are your usual items: commemorative spoons, postcards, that machine where you pay a buck to have a penny flattened out with a picture of Marcus Vick siphoning gas from an ambulance. Florida State chose something even less valuable - a 48% Spike Factor total after running 32 go-nowhere plays out of 66 total.

Look, FSU, I know postcards and spoons are boring. But there was that perfectly good Logan Thomas piggy bank that some NFL team will soon have its eye on! (You put millions of dollars in it and then set it on fire and probably something good happens, I don't know because Todd McShay didn't finish writing the directions on the box.)

THE TETANUS SPIKE OF DESTINY 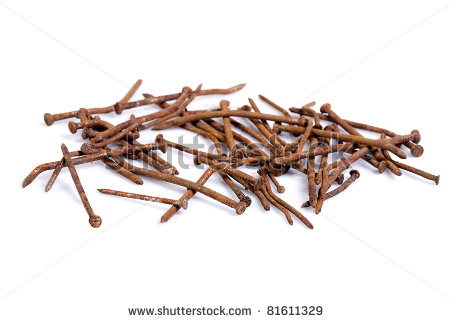 This project is not a concerted effort to discredit and embarrass Wake Forest, because that would suggest we spend a lot of time thinking about Wake Forest, which we do not. Yet here we stand, calling the Demon Deacons name for the third time in this spot, after they finished with a Spike Factor of 53% against North Carolina State. Of particular note were the last five Wake drives, in which 22 plays were run and 16 - or seventy-two percent - did not gain a yard. I'm sure they're totally ready to give Notre Dame a challenge.