The Tetanus Spike is like a prison toilet - you'd rather not share it, but sometimes that just isn't up to you.

Suddenly, the left guard stumbled
And I heard an awful rumble
Right before the final fumble
Recovered for a fat man score.
"What hath happened?" I did mumble
Drowned out by spectator roar
Quoth the fat man, "SPIKE FAC-TOR!"

We begin the Spike Factor, as always, with Kentucky, who put up an impressive number for the third week in the row in a loss to Mississippi State, finishing with 42% inefficiency (26/61 plays). It's not enough to win Week 6, but it's nice to know that you're always in the conversation, UK. As always, interested parties can see the stats we've assembled for the year by going to this incredibly high tech link.

Florida managed to stay out of trouble, Spike Factor-wise, against LSU, going 17/68 for a final score of 25%. There is going to come a game where the Gators are forced, very much against their will, to throw more than 30 passes in a game and oh will that be extremely painful. But let's cross that bridge when we come to it on October 20th.

ALL I NEED IS ONE DRIVE

Breaking the 50% barrier in the Spike Factor is a pretty difficult feat to pull off, even against the most talented defenses, and the reason is simple: if you can manage one successful drive with a reasonably large number of plays, that ends up balancing out all the run for two yards, incomplete pass, incomplete pass ones. The perfect example of this was provided by Georgia.

Before the last Bulldog possession of the night, Georgia's Spike Factor was sitting at 56%. They then racked up a twelve play drive that had only two plays which didn't gain yardage, and that number dropped to 49%. In fact, if you just look at this drive, Georgia was CLEARLY the better team and that's why I'm proposing a seven year contract extension be offered to Mike Bobo.

Several other teams followed that pattern in Week 6. Missouri (36/75, 48%) managed to stay below the simple majority thanks to a 14 play drive at the end of the third quarter with only four Spike Factor plays. Virginia Tech (34/74, 45%) did the same largely thanks to its first drive of the second quarter, which only had five Spike Factor plays out of thirteen. And Connecticut (28/61, 45%) had a ok actually they just sort of were shitty but not eye-poppingly shitty for the whole game.

Two very different teams put up fierce competition that wasn't quite enough to win the Tetanus Spike this week. The first is LSU, who only ran 25 plays that gained any yardage out of 50 total attempts. To celebrate your 50% Spike Factor score, we got you this cake 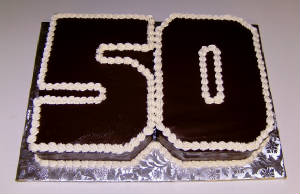 It's made of insulation and frosted with used charcoal.

Our other runner-up (and, if we're being honest, the team that really should have won) is Washington State, who went 30/52 against Oregon State for a Spike Factor of FIFTY FUCKING SEVEN PERCENT. That's so bad that Cougars fans would be justified to root for turnovers on offense just so that unit can get off the field.

What, you ask, could possibly be worse than that performance? 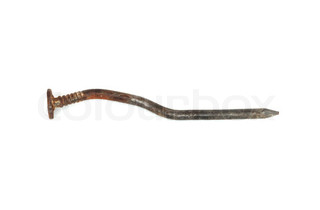 Maryland and Wake Forest played each other, and Maryland won, if you're into that sort of thing. (You shouldn't be.) 134 plays were run in this game. 65 of them gained no offensive ground, for an overall game Spike Factor of 48%. That kind of collective failure is something you usually only see out of the North Korean space program, and it cannot go unnoticed.