Auburn loses prized recruit after poor showing against the Razorbacks

"I just felt like this wasn't going to be the place for me to develop as an elite quarterback," said Blythe Carterson, a three star quarterback Auburn had been hoping to build an offense around beginning next year. "The coaching staff was really awesome, and I think Auburn's a great school, but it wasn't the right fit." 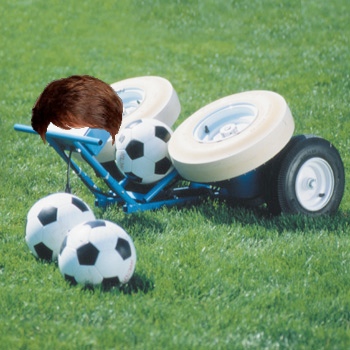 "We wish Blythe all the success in the world," said Coach Gene Chizik after the loss. "Auburn's going to be a top program and I have total confidence in our other quarterbacks. Of course, we'll continue to search Craigslist and garage sales for a leaf blower we think can add to our depth."

Chizik was later seen putting a Wing Zone magnetic decal on his car. This is your second open thread, brought to you by John L. Smith and the Hot Pissants.