EDSBSGPS: WHERE T'INTERNET AT, WEEK 6

Share All sharing options for: EDSBSGPS: WHERE T'INTERNET AT, WEEK 6

At least, that's where we think he is. It's possible Luke isn't even a real person, but just an alternative personality we constructed to deal with Urban Meyer's departure from Florida/our secret admiration for Coldplay. But, if he is a personality we created, then we can force him to watch whatever we feel like. Have fun watching Wake Forest-Maryland on an endless loop played at half speed! (The rest of you can find the full list of options herein.) 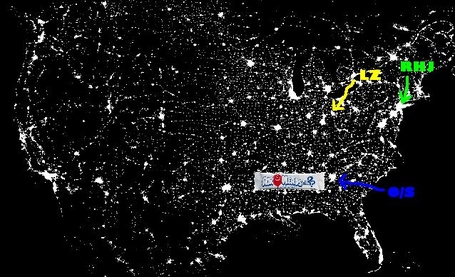